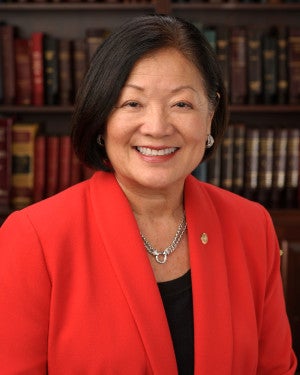 WASHINGTON, D.C. – In a unanimous vote, the U.S. Senate on Wednesday, June 13 passed a bill to award Filipino World War II veterans who fought for the United States the Congressional Gold Medal, the highest civilian award that Congress can bestow.

The Filipino Veterans of World War II Congressional Gold Medal Act of 2015, or S.1555, recognizes over 260,000 Filipino and Filipino American soldiers who responded to President Roosevelt’s call-to-duty and fought under the American flag during World War II.

The U.S. House of Representatives must now pass companion bill HR 2737 so the legislation can be sent to President Obama for his signature.

“Today, the Senate provided recognition to Filipino World War II veterans for their brave and courageous service to the United States,” said Sen. Hirono. “These veterans were instrumental to an Allied victory in the Pacific theater, but their fight didn’t end with the war.”

She said further: “For decades, they have continued to fight for the benefits they have earned and to be reunited with their families in the United States. I thank my Senate colleagues for joining me in recognizing these veterans’ service and sacrifice with the Congressional Gold Medal, one of our nation’s highest civilian honors.”

Senator Harry Reid (Dem-Nevada), stated, “While we can never fully repay the debt we owe these brave soldiers, Congress can pay tribute to their courage by awarding them with the Congressional Gold Medal. Granting Filipino veterans this honor will be yet another step taken in correcting past wrongs and celebrating their heroic actions and the patriotism of their community.”

Republican Senator Dean Heller, also of Nevada, said, “Nevada is home to ‘The Mighty Five’ Filipino veterans – a group of heroes I have had the pleasure of getting to know over the years. While some are no longer with us, I am proud this legislation will finally ensure they receive proper recognition for their valiant acts of military service.”

Retired Army Maj. Gen Antonio Taguba, chair of the Filipino Veterans Recognition and Education Project, which is leading the campaign for the veterans’ recognition, thanked the Senate for significantly making closer the veterans’ “life long goal of national recognition of sacrifice and selfless service during World War II from the US Congress.”

Taguba also thanked Sen. Hirono “for her work and dedication in gaining the overwhelming support needed to pass this important legislation out of the U.S. Senate.”

“We are extremely grateful to Sen. Hirono and Sen. Heller for their personal commitment and determination to push this bill through,” says Marie Blanco, FilVetREP Vice Chair. “They championed this very important legislation because they appreciate the urgency of getting it passed this year.”

Blanco also thanked the Senate Banking Committee, which has jurisdiction over the legislation, for “giving the green light to pass this bill by unanimous consent. We are appreciative as well of U.S. Senate Majority Leader Mitch McConnell (GOP-Kentucky), U.S, Senate Minority Leader Harry Reid (Dem-Nevada) and U.S. Sen. Tim Kaine (Dem-Virginia) for their leadership in promptly facilitating the approval process.”

Informed of the Senate action, 85-year-old Rudy Panaglima, a Filipino World War II veteran of Arlington, Virginia, welcomed the news with a sense of joy and relief. “My comrades and I have been waiting for more than 70 years, so I am delighted that we will finally be recognized,” he said. “I can only say ‘God bless America’ for doing the right thing.”

Panaglima is among 15,000 surviving veterans residing in the U.S. and the Philippines. Most of them are in their mid-90’s. They served in the USAFFE as Philippine Scouts, members of the Philippine Commonwealth Army and Recognized Guerillas./rga

US Congress seeks to confer gold medal on PH veterans