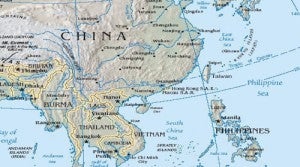 Vietnam is confronted by dangers and opportunities following a stunning rebuke to China’s territorial claims in the South China Sea.

An international tribunal in The Hague rejected China’s claim to historic rights over 90 % of the South China Sea, and ruled that its reclaimed islands and outcrops in the Spratlys had no right to a 200 nautical mile exclusive economic zone (EEZ).

Vietnam was not party to the legal dispute, which was brought by the Philippines.

Hanoi, however, will receive a major legal and diplomatic boost in its own efforts to resist China’s belligerence in the disputed waters.

The main danger for Vietnam is that China will respond by stepping up its military presence, increasing the danger of hostilities, in an attempt to bolster its severely damaged territorial claims.

China has described the ruling as “ill-founded”. It has repeated its long held position that it would not be bound by the ruling.

That position could lead to further confrontation with its neighbors and the United States, which has significantly increased its naval presence in the region in recent weeks.

Tensions are already on the rise.

Just before the ruling, Vietnam accused the Chinese coastguard of sinking one of its fishing boats off the coast of central Vietnam.

Vietnamese officials said that Chinese coast guards had forced Vietnamese fishermen off one of two boats operating near the disputed Paracel Islands and then sunk it.

They said the men spent hours in the water before being rescued by the other Vietnamese boat.

The incident is likely to inflame opinion in Vietnam where China is seen as using its economic power and military might to bully a smaller neighbor.

The Permanent Court of Arbitration in The Hague claimed no jurisdiction on the rights to ownership or administration of various outcrops in the disputed waters.

It was clear, however, that under the United Nations Convention on the Law of the Sea (UNCLOS), China has no claim to EEZs in the Spratly chain.

It also said that China’s far more ambitious but vaguely defined claim to “historic rights” over all the waters within its “nine-dash line” had no legal basis.

China has used the line, drawn up by the KMT government in the 1940s, to push its territorial claim deep into the EEZs of Vietnam, Malaysia, Brunei and the Philippines.

The tribunal also condemned China for its harassment of Filipino fishermen in areas well outside its territorial waters, and for severely damaging the environment in its construction of man-made islands and potential military bases on partially submerged outcrops.

There was no ruling, however, on the status of waters around the Paracel Islands, the western reaches of which were seized by China from Vietnam in 1974.

The Philippines is not party to that dispute, so did not bring a case against China.

Vietnam must now decide whether to bring its case against China to The Hague in a challenge to Beijing’s control of waters around the Paracels.

The blow to China’s claim to the “nine-dash line” and to waters in the Spratlys, however, will already be seen as a major moral and strategic victory for Vietnam.

Much now depends on how China will react, and how the Philippines, under its unpredictable new president, Rodrigo Duterte, will respond.

Contradictory and confused statements from Philippine officials in recent days have led to severe doubts about how Manila intends to proceed.

TAGS: EEZs in the Spratly chain, Paracels, sea dispute South China Sea, The Permanent Court of Arbitration in The Hague, United Nations Convention on the Law of the Sea (UNCLOS), Vietnam-China dispute in South China Sea