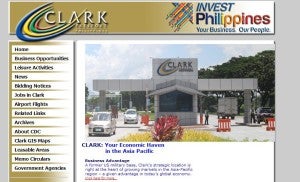 The Clark Freeport as shown on the website of the Clark Development Corp. (SCREENGRAB of www.clark.com.ph)

CLARK FREEPORT — Ombudsman Conchita Carpio Morales has affirmed the dismissal of a complaint for grave coercion and misconduct filed by a former Korean investor against officials of the state-owned Clark Development Corp. (CDC), including its former president and now Transportation Secretary Arthur Tugade.

Irmina Bautista, graft investigation and prosecution officer, recommended the dismissal of the complaint filed in 2015 by Kim Eung Il, also known as Steve Kim, president of the Hollywood Park Development Corp., for lack of merit, a copy of the order received by the CDC on July 1 showed. Kim could not be reached for comment.
The Ombudsman order said CDC terminated the firm’s lease agreement and took over its leased property based on the provisions of the lease contract. 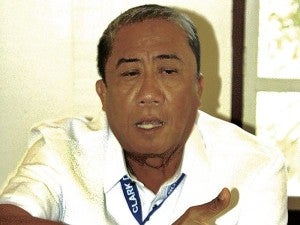 Records showed that the lease agreement between CDC and Kim was terminated due to the latter’s violations of the provisions of the agreement, which included, among other things, the non-payment of the agreed rentals, failure to meet employment and investment commitments, and the subleasing and/or selling of the leased property without the approval of CDC.

The Ombudsman noted that Kim offered to pay CDC at least P5 million for the rental arrears, which indicated that the Korean investor incurred delays in the payment of rentals.  SFM