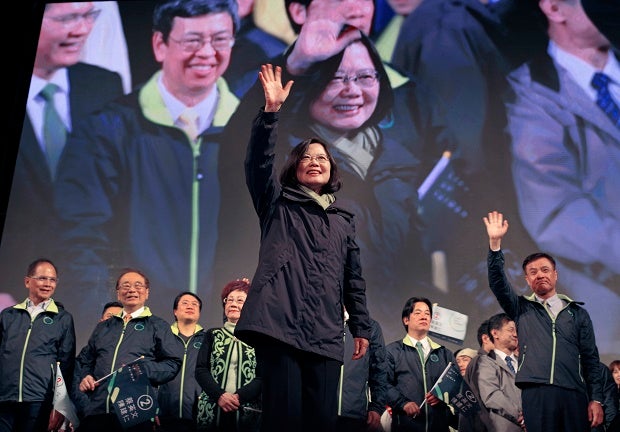 TAIPEI, Taiwan — President Tsai Ing-wen may issue an official statement in response to Tuesday’s international tribunal ruling on a dispute between the Philippines and China over territorial issues in the South China Sea.

Presidential Office sources said that top national security officials were monitoring the matter carefully and had developed response measures, according to the Chinese-language United Evening News.

The central government has also been drafting statements on the R.O.C.’s (Republic of China, or Taiwan) sovereignty claims in the South China Sea, according to the United Evening News.

First, the government would maintain the R.O.C.’s claim on Taiping Island and other smaller islands.

Second, all the claimants to territory in the South China Sea, including the R.O.C., should follow the International Law of the Sea and the United Nations Conventions on the Law of the Sea when asserting their sovereignty claims over the islands and territorial water areas, Huang said.

Third, the government believes that all the claimants can solve the South China Sea disputes in a peaceful way and that Taiwan’s claims should also be incorporated into a “multilateral solution mechanism.” All the claimants should be required to respect the freedom of navigation and flight in the region, he said.

In dealing with the disputes, Huang continued, the ruling Democratic Progressive Party (DPP) has maintained that controversies should be tabled and that Taiwan wished to join forces with related countries to promote regional development, peace and stability.

DPP sources have said that the Tsai administration would not budge on the R.O.C.’s sovereignty claims over islands such as the Taiping Island, and that it would resort to international laws — instead of historic records — to support its claim.

On Monday, the Ministry of Foreign Affairs said that “all government sectors,” under the supervision of Tsai’s National Security Council, were closely monitoring the latest developments related to the South China Sea international tribunal.

The ministry stressed that claimants should jointly seek peaceful solutions to related disputes in accordance with international laws and through multilateral negotiations.

As one of the claimants, Taiwan should also be allowed to join the multi-lateral negotiation mechanism, the ministry added.