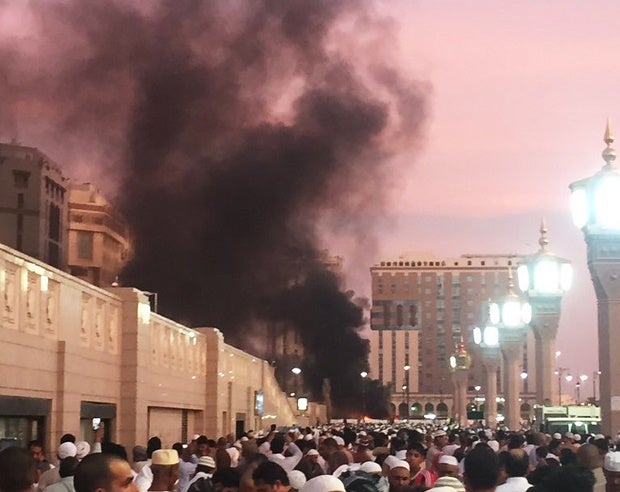 In this photo provided by Noor Punasiya, people stand by an explosion site in Medina, Saudi Arabia, Monday, July 4, 2016. State-linked Saudi news websites reported an explosion Monday near one of Islam’s holiest sites in the city of Medina, as two suicide bombers struck in different cities. AP

The Department of Foreign Affairs (DFA) on Tuesday said reports from the Philippine consulate in Jeddah indicated no Filipinos are hurt in the suicide bombings that hit the Saudi city of Medina, one of Islam’s holiest sites.

DFA spokesman Charles Jose in a text message said “as per our consulate in Jeddah, they have not received report of any Filipinos to be among the casualties in the terror attack in Medina.”

Saudi is host to the biggest number of overseas Filipino workers (OFWs) with 1.2 million of the total 10 million deployed abroad.

Jeddah and Riyadh have the largest concentration of Filipino workers in Saudi.

“The consulate has also issued an advisory reminding Filipinos there to take precautionary measures,” said Jose.

The Saudi interior ministry confirmed on Tuesday that a suicide bomber has killed four security officers and injured five others in the Saudi city of Medina, one of Islam’s holiest sites. CDG