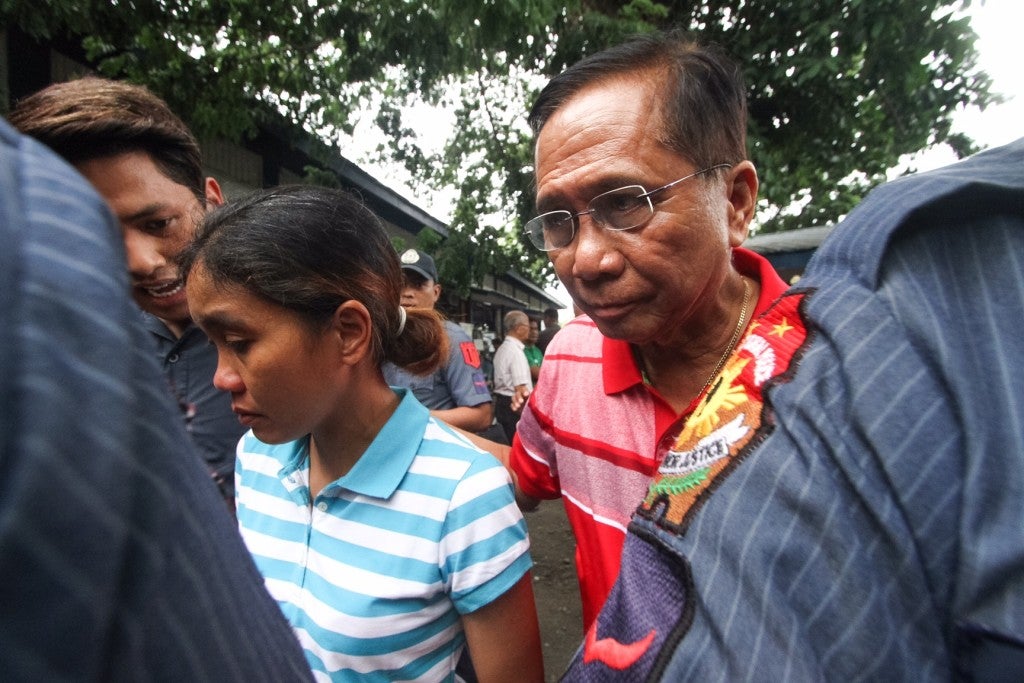 Presidential Adviser to the Peace Process Jesus Dureza escorts Maritess Flor in Davao City after her safe release from the Abu Sayyaf was facilitated by the team of incoming President Rodrigo Duterte. PHOTO BY KARLOS MANLUPIG / FILE PHOTO

DAVAO CITY, Philippines—Presidential Peace Adviser Jesus Dureza said on Sunday that he is open to  a dialogue with the leaders of the terrorist Abu Sayyaf Group (ASG) but not to giving ransom  for the release of Norwegian captive Kjartan Sekkingstad.

“I have relayed to them my openness to talk to them in the effort to save the life of the Norwegian,” Dureza said in a statement.

The peace adviser said that he was able to talk to a go-between who would relay his openness to a dialogue with ASG spokesman Abu Rami.

“I got word from someone in Zamboanga City this morning that one Abu Rami allegedly from ASG wanted to talk to me directly about the remaining Norwegian hostage. I told the person that I was ready and willing to talk with anyone for the release of hostages and save lives provided that it would not be about ransom,” Dureza said.

“I gave a secure phone number for him to contact me. I am still waiting,” he added.

President Rodrigo Duterte is negotiating with the terrorist group for the release of Sekkingstad.

Sekkingstad, along with Marites Flor, John Ridsdel, and Robert Hall, was taken by the ASG on Samal Island in Davao del Norte in September last year. Flor was released last week but Ridsdel and Hall were beheaded after their ransom demands were not met.

Dureza also said that the no ransom policy will be strictly enforced with regard to the release of Indonesians held captive by the ASG.

Seven Indonesian sailors from the tugboat Charles 001 were kidnapped by the bandits last June 20 in waters near Jolo, Sulu. RAM/rga