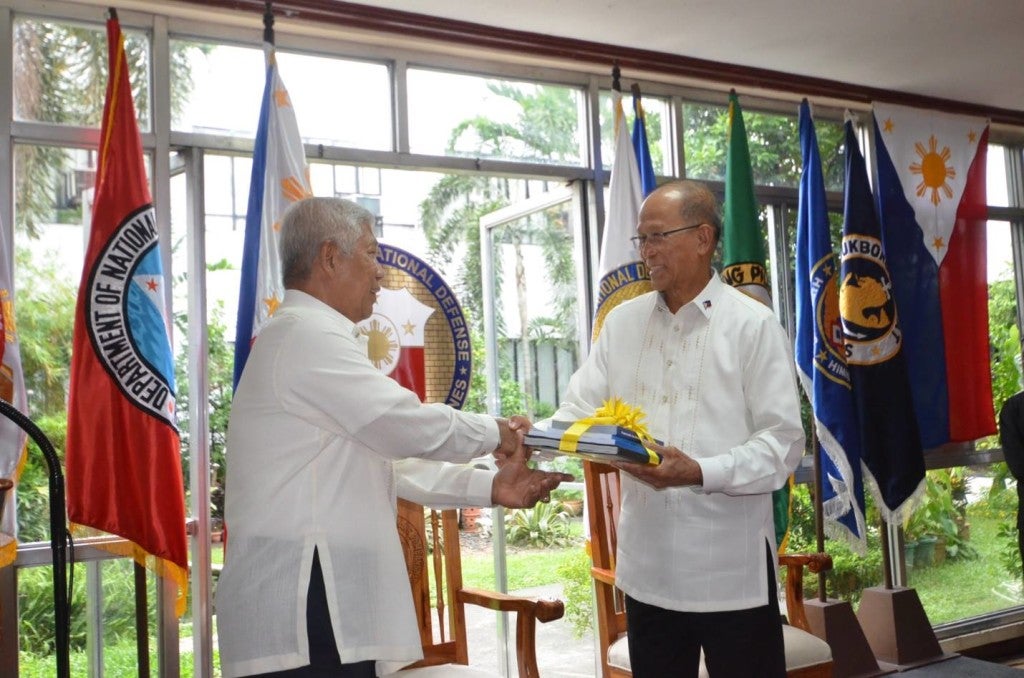 Territorial defense is a top priority under the new administration, alongside with defeating the Abu Sayyaf and a crackdown on criminality, newly-installed Defense Secretary Delfin Lorenzana said on Friday.

“It’s one of the top priorities of the Duterte administration. Territorial defense is very important dahil pangangalagaan natin ‘yung ating (because we have to protect our) territories against encroachment by other parties, so important ‘yan,” he told reporters on his first day on the job.

The Philippines is waiting for the arbitration court ruling on July 12 on the case it filed challenging China’s claims in the South China Sea.

“We are discussing the response we are going to issue in the coming weeks, sa 12 pa naman lalabas (the decision will come out on July 12) and I believe we can already craft the appropriate response to that when it comes,” Lorenzana said.

In a televised Cabinet meeting after he was sworn in on Thursday, President Rodrigo Duterte said they have to study how they will use the upcoming ruling by The Hague on the maritime case.

“God knows, I don’t want to declare any fighting with anybody. If we can have peace by talking, I’d be happy,” he said.

During the campaign, Duterte said he will not surrender Scarborough Shoal to China but at the same time said that he is open to bilateral talks.

While the new administration has cited a “redirection” in some of the defense department’s priorities, Lorenzana said territorial defense is just as important.

“Tatlong taon pinaghirapan yan, at ngayon magkakaroon ng ruling na favorable satin (We worked hard for it for three years, and now we might get a ruling that is favorable to us), I think we will take advantage of that so that we will get concessions maybe from other parties para sa resolution ng kaso (for the case’s resolution). Sabi ni President kahapon (The President said yesterday) we will make our appropriate response after the ruling,” he said.

The 15-year modernization projects of the military and all the contracts in the pipeline will also continue as planned, despite the “redirection” in priorities.

Lorenzana earlier said that the kidnap-for-ransom activities of the Abu Sayyaf affected the Philippines economically.

The moratorium on coal shipments to the Philippines has been extended until there is a guarantee of security from the Philippine government that it can secure its waters.