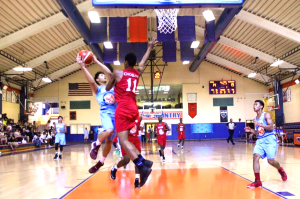 World Basketball Ambassadors Club (WBAC) serves as a platform to promote global acceptance of cultures through the sport. Six countries, the Philippines, Panama, Dominican Republic, China, Puerto Rico and Jamaica, were invited to bring teams (with players under 18 years old) to compete in the event.

Team Philippines played against Team Panama, whose players were taller than the Filipinos. However, Team Philippines made up for the height difference with hustle and intensity. 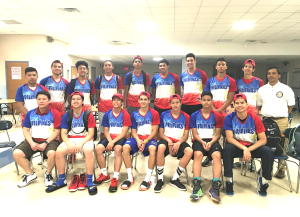 Both teams played an even first half, tied at 50-50. Adjusting to the game, the Filipino players showed versatility by implementing new defensive strategies. This ultimately helped them gain the offensive momentum, leading to an upset victory over Panama, 125 to 111.

After the game, Jordan Bartlett, leading scorer of the day with 47 points, commented, “The WBAC was one of the best experiences I’ve had playing Filipino basketball. Not only was I able to compete with players from all over the globe, but we were able to bring together a group of selected athletes that have never played together to showcase our talents.”

He said further: “The event was well organized and it was even cooler playing in front of former NBA stars. It’s always a great experience when you are blessed enough to represent your country!”