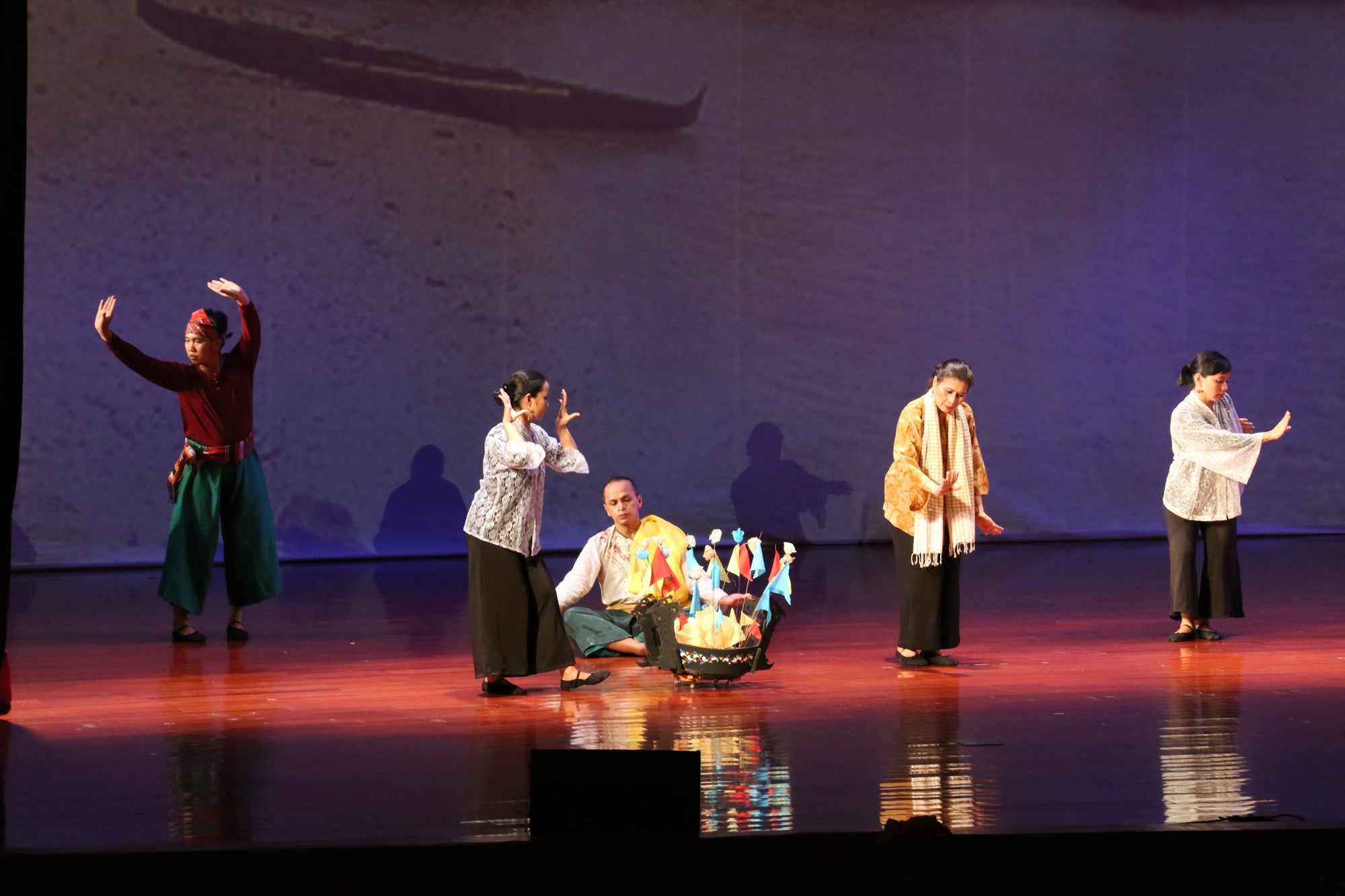 The troupe’s performance of a dance titled “Water Symphony” sought to preserve Pangalay, a living link to traditional dance cultures in the Asian region where sensitivity is the key to learning and mastery of the many nuances of traditional dances.

The dancers performed in front of officials and members of the public after a speech to explain this dance form and encourage the audience to enjoy the show.

Pangalay has the closest affinity to the Indian, Javanese, Thai, Burmese and Cambodian styles of classical dancing, and unfortunately is one dance form in Asia that is being pushed to oblivion.

Amidst these challenges, there are dedicated teachers, dancers, social scientists and researchers who strive to conserve traditional dance forms.

The dancers presented a mesmerizing performance to a harmonious musical backdrop, and were dressed in costumes that reflected the characters they represented.

The performance was well received by officials from Laos’ Ministry of Information, Culture and Tourism, the Department of Foreign Affairs of the Republic of the Philippine Embassy and foreign ambassadors to Laos.

The AlunAlun Dance Circle (ADC), a non-profit organization, was established in 1999 by a group of professionals inspired by the beauty and versatility of the Pangalay.  The group derives its name from the graceful strength of waves or “alun” that shaped the coastlines as well the diverse cultures of the Philippines.

Since its establishment, the ADC has appeared in hundreds of performances like concerts, national festivities, dance recitals, inaugurals, art exhibits, international conferences, and television shows.

The ADC performed at the 4th Asian Performing Arts Festival in Taipei in 2006 and the following year gave a series of performances in Paris.

In 2009 the group performed for the Philippine embassy in Hanoi on the occasions of the 11th Philippine Independence and National Heritage Month.

The group was also active in teaching Pangalay to young people through both local and international dance workshops.

The show was a great success and gave the people of Vientiane an insight into a beautiful art form with strong cultural roots.

Ligaya Fernando Amilbangsa: Dancing to the rhythm of life