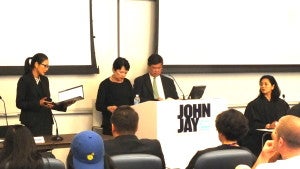 Dorothy Cordova, founder and executive director of FANHS, said, “I feel really blessed right now because all these young people are coming up to me and are saying ‘Thank You!’ Who would have thought FANHS would grow so big?” 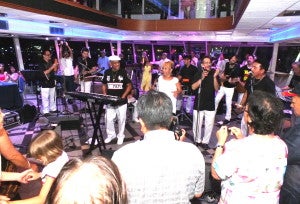 Joe Bataan (King of Latin-Soul) performs, backed up by his wife, Yvonne, and the Barrio Brothers on the Hornblower Bay Dinner Cruise ship “Infinity” during the FANHS Closing Gala with evening views of the Manhattan skyline, Ellis Island and the Statue of Liberty. FLORANTE IBANEZ

Professor Emily Lawsin, a trustee of FANHS who has attended all 16 FANHS conferences, said: “This one was the best. Coordinators all upheld our founding mission and embraced our FANHS practice of intergenerational, multiracial, multifaceted and multitalented programs and took it all to a new level.

More than 60 workshop and panel topics ranged from “Understanding Sexuality with Filipino-Catholic Roots” to “Browns Acting Green: [email protected] in the Climate Movement” and “From Community Murals to Poetry to Storytelling: Filipino American history expressed through Multiple Means.” 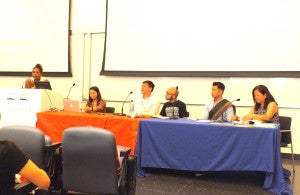 Dr. Anthony Ocampo, author of Filipinos: The Latinos of Asia, enthused, “Magic. That’s the only word that can capture what I felt these past 72 hours.”