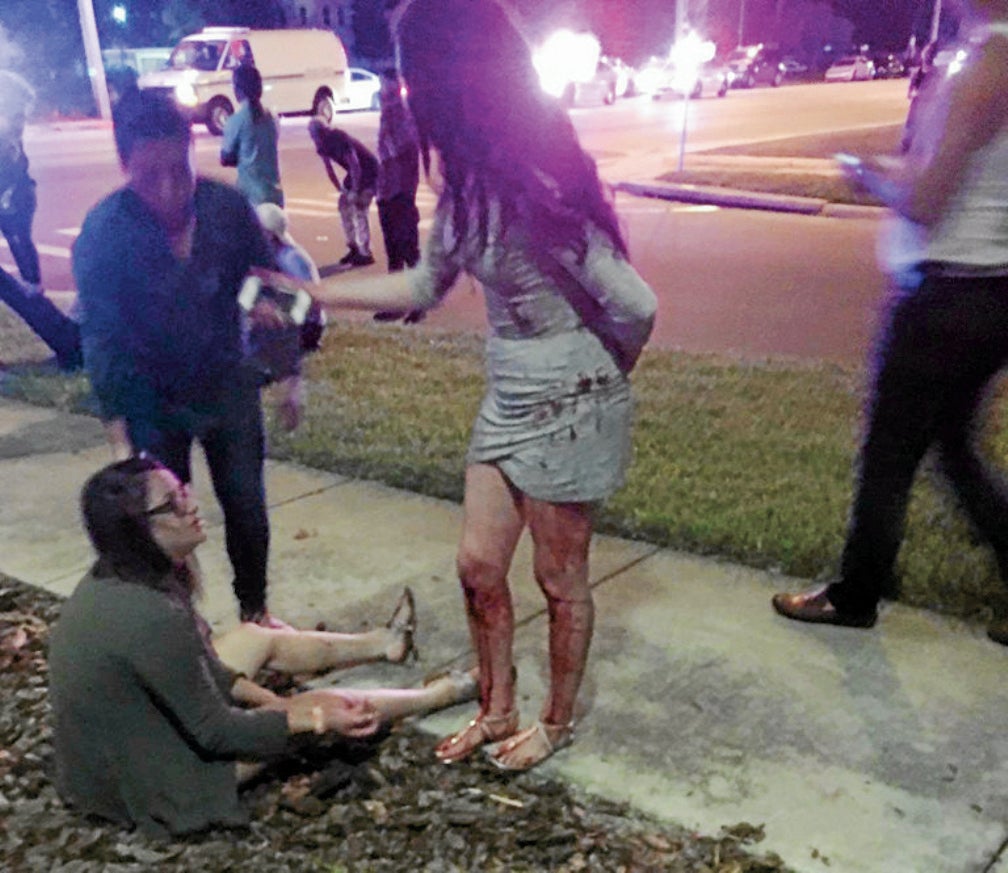 Wounded people scattered outside the nightclub after the shooting early Sunday in Orlando, Fla. PHOTO COURTESY OF UNIVISION FLORIDA

Sen. Miriam Defensor Santiago took to social media her sympathies for the victims of the Orlando gay nightclub shooting, which killed 50 people and wounded at least 53 more, the deadliest mass shooting in recent times in US history.

“The mass shooting at a club in Orlando is appalling and heartbreaking,” the senator posted in her Facebook and Twitter accounts on Monday.

READ: 50 dead in Florida nightclub shooting, worst in US history

The gunman, identified as Omar Mateen, had pledged allegiance to the terror group ISIS. During the shooting, he called 911 to pledge allegiance to ISIS leader Abu Bakr Al-Baghdadi, news reports said.

He was killed by Orlando police.

Last month, the ISIS reportedly called on their supporters in the US to launch attacks during Ramadan, which started last week.

No direct ties were established between Mateen and ISIS as of latest, the reports added.

Santiago said she longed for the day “when the LGBT community no longer has to live in fear of discrimination and hate crimes.” JE/rga