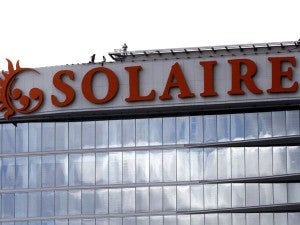 MANILA — Integrated gaming resort Bloomberry Resorts Corp. has tightened its rules on the accreditation of new gaming junket operators in the aftermath of the $81-million money laundering scandal that hit the country and banned agents and players involved in the crime.

During the company’s stockholders meeting on Tuesday, Bloomberry chair Enrique Razon Jr. said the two Chinese businessmen tagged by junket operator Kim Wong as the mastermind behind the money laundering case – junket agent Shushua Gao and Ding Zhise – had been banned alongside 18 gamers involved in this case.

But Razon said Bloomberry – developer and operator of Solaire Manila – was still doing business with Wong. “(It’s) because he brings business here,” he said in reply to a query made by a representative from Las Vegas-based Global Gaming Asset Management (GGAM).

During the open forum at the stockholders meeting, the lawyer-representative quizzed Razon on a number of management issues, including the money laundering case.

Asked about the flaws in Bloomberry’s internal processes, Razon said: “The flaw was in the bank (RCBC) letting the money in.”

After the stockholders meeting, Razons said all 18 players in that junket had been stopped from playing and had been banned forever from Solaire. Asked what other changes in protocol Bloomberry had made in the aftermath of this RCBC money laundering case, Razon said: “This happens very rarely. Most of our fixed junkets, it’s (based on) an end of the month settlement and most of them go through all these process. So if there’s any new junket, we’re very careful from now on. We delay this process to double and triple check but 99 percent are existing junkets. (For the new ones) we put them through severe checks.”

Gaming junket is an arrangement whereby a person or a group of persons is introduced to a casino operator by a junket promoter who receives a commission.

Razon has no qualms about casinos being included among the entities obliged to report suspicious transactions to the Anti-Money Laundering Council (AMLC). “Yes, because it’s an opportunity to get the law correct,” Razon said. 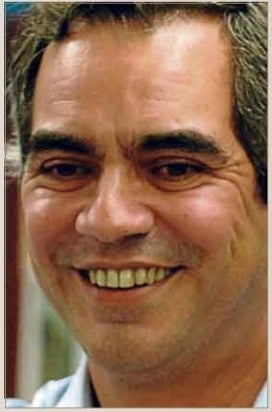 He said lawmakers must also set an appropriate level that would trigger the reporting of casino transactions. “If the amount is too small, we have to report everybody,” Razon said. “It has to be suspicious.”

In early February, computer hackers stole money from the central bank of Bangladesh, $81 million of which was wired to RCBC’s Jupiter St. branch in Makati City . The money later on found its way to several casinos, including Solaire. Part of the money had been confiscated by Bloomberry, which is constrained from immediately turning over to Bangladesh. “We’re still holding it. At the end of the day, there has to be a court order,” he said.  SFM