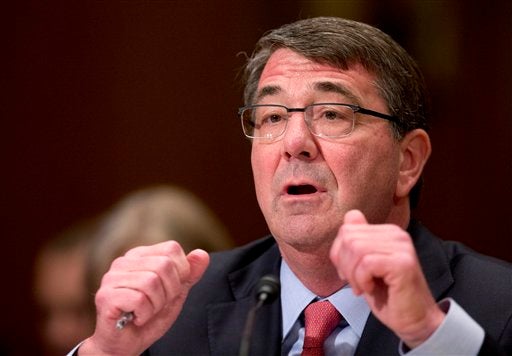 SINGAPORE— U.S. Defense Secretary Ash Carter said Thursday the American alliance with the Philippines remains “ironclad” following the election of a new Philippines president who has said his country needs to chart a course more independent of the United States.

Carter spoke during an in-flight interview with reporters traveling with him to Singapore for an annual international security conference known as the Shangri-la Dialogue. Carter plans to meet with his Japanese and South Korean counterparts on the sidelines of the conference, and may hold other bilateral talks before departing Sunday.

During a visit to Manila in April, Carter announced new measures to strengthen U.S.-Philippines defense relations. Since then, president-elect Rodrigo Duterte has said he will pursue policies making his country more independent of the United States. Duterte takes office June 30.

Carter said the U.S. has no plans to change course.

“With respect to our relationship with the Philippines, that is an alliance relationship. We take that very seriously,” Carter said. “It is, as we say, ironclad. It is with a democracy, and so they have a new government. We look forward to working with them.”

A Visiting Forces Agreement which took effect in 1999 allowed American forces to return to the Philippines for large-scale combat exercises nearly a decade after the closure of sprawling U.S. military bases in the country.

A related pact signed in 2014, the Enhanced Defense Cooperation Agreement, grants American forces, warships and fighter jets access to five Philippine military camps, where they can erect buildings and other military facilities.

The accords have helped the U.S. reassert its presence in Asia, which dovetails with Philippine hopes for American help in countering China’s increasingly assertive claims to areas of the South China Sea also claimed by the Philippines.

Duterte, a former mayor of the southern Philippine city of Davao, has described himself as a “socialist” with a “cold” relationship with America. His spokesman Peter Lavina says that started when U.S. authorities took an American suspected in a 2002 hotel bomb blast out of Davao without Duterte’s knowledge.

Duterte says he has reservations about the periodic presence of U.S. troops in the country but plans to send an envoy to the US Embassy and other diplomatic missions to extend a hand of friendship. TVJ