Photography's Many Realities: In defense of Steve McCurry | Global News

Photography’s Many Realities: In defense of Steve McCurry 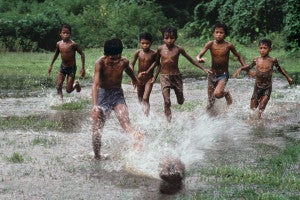 For the past couple of weeks, the name Steve McCurry has been all over Facebook as he was in the hot seat for an alleged photo manipulation scandal over one of his photographs which was part of a recent exhibition in Italy.

The manipulation issue was first raised by Petapixel, a photography blog. Petapixel featured a “botched” print of McCurry’s that shows an altered image of a scene in Cuba. The article expanded to include opinions from other blogs and even major online news outlets, including Time Magazine.

McCurry dismissed the accusations, saying that improper handling of the changes were his own fault. He characterized the matter as a flawed case of inadequate supervision of his studio team, where he doesn’t always have a personal hand, since he was frequently away on shooting assignments. 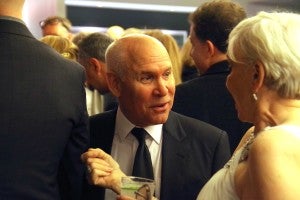 Steve McCurry was introduced to me by my good friend, Hossein Farmani, who owns the Lucie Awards and is McCurry’s closest friend. The Lucie awards honor the achievements of world-renowned photographers and is held annually in New York. McCurry is a past Lucie honoree, alongside Annie Liebovitz, Henri Cartier-Bresson and Nick Ut, to name a few.

I must admit that I was star-struck for the several days of the event, even though I was part of the Lucie team. McCurry was always there for support, which frequently gave me time to talk with him on different matters. From the photo exhibit at a studio in Canal Street, to a gathering in a private house in Brooklyn, and to the final night of the Lucie event at Carnegie Hall, his visibility was more than photographic.  He even mentioned his time in the Philippines when former first lady Imelda Marcos offered him the use of a personal helicopter for a shooting assignment in the country. Quite charismatic, more than his photographs, he was the most unassuming person among the thousand guests that attended the events.

One part of my nurturing years in photography was getting inspiration from famous photographers. For this, McCurry was a superstar. But with the latest bombardment of issues against him, it makes me wonder why there is a need to base our judgment of what is supposed to be real and not real from the standpoint of a photographer like Steve McCurry? Why do we set the standard of facts in photojournalism based on a “botched” photo and single out a photographer like McCurry?

The onset of the digital revolution may have changed the process of producing pictures from the slow processes of chemistry to the immediacy of the output in pixels; but the proliferation of camera images is not a new phenomenon. According to the New York Daily Tribune, in 1853 an “estimated three million daguerreotypes were being produced that year,” and the photographers were composed of professionals, amateurs and snap shooters shooting almost everything. 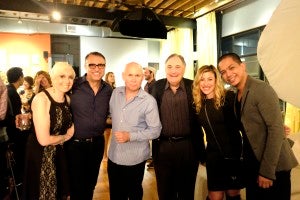 The Lucie Awards Team headed by its founder Hossein Farmani with Steve McCurry and Barton Silverman in the middle and Ruston Banal on the far right.

It means to say that the fascination of capturing moments and immortalizing them has been here ever since the camera was invented. Perhaps the difference today is that high quality digital images are fast, cheap and easy to create. Image editing software is also fast, cheap and easy to use. On an everyday basis the spread of those images is augmented by social networking sites, with millions of uploads each day. One thing remains constant: Photography is a process and the way pictures are constructed depends on the intent of the one who captures and processes the image.

With so many unknowns, how does the addition of some image manipulation change the importance of the image? When some editing processes, such as the elimination of the kid at the back, through the use of photo manipulation software to “enhance” the perceived “artistic” value of the image, what harm has been created? Several photojournalists slammed the idea and generalized that the revelation is a smoking gun, casting suspicion on the purity of every photo McCurry has taken.
In photography, subject and picture will never be the same, as the “frozen” picture is an isolated fragment of a certain event with an exaggerated importance and relevance. In a nutshell, the edges of the sensor of the camera demarcated what is only important per se of the intention of the photographer. This selective process of choosing and eliminating represents an alternative truth but can never wholly represent an absolute truth, as there is another reality beyond what the four edges of the frame show.

The edited photo of the kids running through a swamp may have committed a cardinal sin in the ethics of photojournalism, but we must also understand how images are constructed. Visual literacy is not universal as interpretation and explanation of images vary from culture to culture. It’s not enough that we know what we see visually and consider ourselves visually literate.  Perhaps McCurry was telling something beyond our grasp. Perhaps McCurry wanted to tell something that could have possibly happened in a fraction of a moment. Whatever his intentions, the owner of the photograph is McCurry, and he can do anything he wants with it. I really don’t think that any photographer should always be put in a box that defines his/her evolution.

I find it difficult to accept that photo manipulations become taboo when a world full of color encapsulated in a two-dimensional space of black and white is fine. Truth is eternal. The real world has always been in color. To make a critical evaluation of a black and white photo, how can this be a basis of truth where it strips off the pigments of the world and converts them into mere shades of gray and black? If we are to generalize alterations, we have to blast all sorts of photographic endeavors. A signifier of a colorful realism, using a tool like a camera, should also be a colorful interpretation as a loyal and faithful representation. 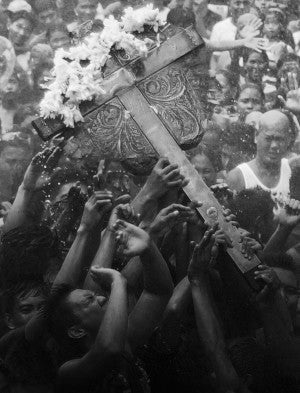 Let’s take  for example my image of Kuraldal, in black and white, compared with another version, which is in color. The photos show an event in my hometown in Pampanga. The first photo is an altered image, from a color image, changed to a black and white image. In Photo 1, there is a feel of focal point apparent in the way the composition leads the eye to the subjects, which are the people carrying the cross. The choice of black and white was intentional, in order to unify elements and express drama, not to mention the symbolism that is explicit in the whole picture, which is basically religious. Comparing Photo 1 to Photo 2, the second one lacks the focus of attention created in Photo 1. 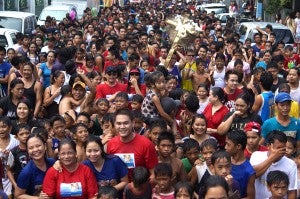 Aside from the fact that the overabundance of elements detracts from the whole picture, the focal point is spread out. But Photo 2 is closer to the truth, as the frame captures what the people actually do during the event. Unlike Photo 1, where things were selected and exaggerated for significance, Photo 2 retains the atmosphere you would actually feel if you were attending the event.

Photography under the discipline of art history is very new, less than two centuries old. Compared with other forms of art that shaped our understandings of how ancient people expressed themselves in visual forms throughout history, photography is still in constant struggle to find its absolute niche as a form of expression and representation of facts.

Maybe McCurry made a mistake in not calling himself a storyteller, which illuminates the evolution of his work. Art evolves; that is why it continues to exist. Beyond being a photojournalist for the longest time, McCurry is also an artist. No one can “alter” that.