Did Trillanes commit treason in the loss of Scarborough Shoal? 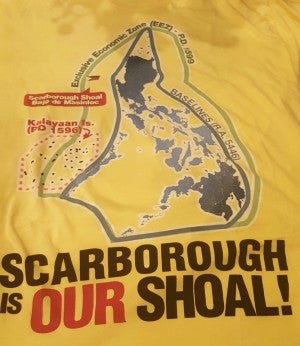 Barely a week after he received the most votes in the May 9 presidential elections, “presumptive president-elect” Rodrigo Duterte accused Sen. Antonio Trillanes IV of committing treason in 2012 when he engaged in backchannel talks in Beijing with Chinese officials over the West Philippine Sea.

“Trillanes went (to China) there 16 times,” Duterte said. “After the 16th visit, we have lost the Scarborough Shoal,” he added. “To me, it’s treason. Somebody has to answer for that, it means livelihood for the Philippines, for the Filipinos, our fishermen will be deprived,” he charged.

Scarborough Shoal, also known as Bajo de Masinloc or Panatag Shoal, is located 124 nautical miles west of Zambales province in the main island of Luzon, well within the 200 mile Exclusive Economic Zone (EEZ) of the Philippines under the United Nations Convention of the Law of the Sea (UNCLOS), to which both China and the Philippines are signatories.

This treason charge was Duterte’s political payback against Trillanes for providing documents to the press on April 28, 2016 showing that Duterte and his daughter Sara had been involved in various transactions totaling P2.407-B ($57,309,523) in at least 17 bank accounts over the course of the past nine years. This included the P227 M ($5.4M) Duterte admitted he owned in a Bank of the Philippine Islands (BPI) account on Julia Vargas Avenue in Pasig City.

Whatever Duterte’s political motives may be, he has now set the standard that any Filipino who causes the loss of Philippine sovereign territory to China is guilty of treason. This may include former Pres. Gloria Macapagal-Arroyo whose Joint Maritime Seismic Undertaking (JMSU) agreement with China in 2005 allowed China to explore Philippine waters and discover oil and other natural resources there. This may include a future Pres. Duterte giving up the country’s claims to the West Philippine Sea in exchange for China’s construction of a modern railway system in Mindanao.

In any event, Duterte’s charge of treason against Trillanes was the subject of a Balitang America interview with me, as president of U.S. Pinoys for Good Governance, on May 19, 2016 in Redwood City, California. Below is a modified recounting of the interview conducted by Balitang America anchor, Gel Santos-Relos:

Q: Atty. Rodis, the U.S. Navy says that there is increased Chinese presence near the Scarborough Shoal — and that this could become the next possible area of reclamation. Why would this be a major cause of concern not just for the Philippines but for the U.S. as well?

China has already invaded, occupied and land-reclaimed seven of the Philippine shoals in the West Philippine Sea. They’ve poured over 10,000 acres of sand and cement over our coral reefs. In those new man-made “islands” China has installed aircraft runways, port facilities, and even surface-to-air missiles. If they succeed in doing the same thing with Scarborough Shoal, which is only 124 miles from Zambales, this would pose a clear and present danger to Philippine national security. 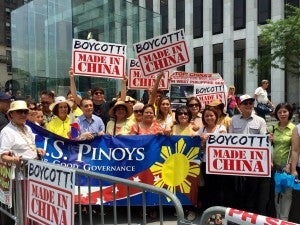 Q: As well as to the United States?

Yes, because of our EDCA (Enhanced Defense Cooperation Agreement) with the US and because Subic Bay is located right there in Zambales. Such a militarized artificial Scarborough island would imperil the “freedom of navigation” of US naval ships and the ships of other nations passing through the South China Sea.

Q: Atty. Rodis, yes or no, has the Philippines really lost Scarborough Shoal?

No, not yet. We have not lost legal ownership. That issue will be decided by the United Nations Arbitral Tribunal within the next two months. And the chances are good that we will win. But we have lost possessory control of it as Chinese vessels have effectively surrounded it, preventing our fishermen from being able to fish in those fertile grounds.

Q: Do you believe the backchannel talks with Beijing by Sen. Trillanes led to China taking control over Scarborough Shoal?

What happened in June of 2012 was that China had over 90 naval vessels and fishing boats equipped with communications equipment surrounding the BRP Gregorio Del Pilar, which was the sole Philippine cutter defending our Shoal. China was employing its cabbage strategy of blockading its targeted island. As tensions between China and the Philippines escalated, with China also imposing a ban on Philippine fruit imports and barring Chinese tourists from visiting the Philippines, there were furious negotiations between PH Foreign Secretary Albert Del Rosario and China Ambassador Ma Keqing to resolve the dispute.

Weeks of “bilateral” negotiations resulted in an impasse which was broken when China dispatched its Vice Foreign Minister Fu Ying to Washington, DC to meet with Kurt Campbell, US Assistant Secretary of 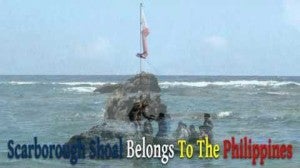 State for East Asia and Pacific Affairs. They negotiated a deal for the simultaneous withdrawal of Chinese and Philippine vessels from the contested shoal. The Philippines complied with the agreement, but China did not and their deceit is why we lost Scarborough Shoal.

Pres. Aquino described the theft in his State of the Nation (SONA) address on July 23, 2012: “If someone entered your yard and told you he owned it, would you agree? Would it be right to give away that which is rightfully ours?”

Because of this theft, the Philippines filed a claim before the United Nations Arbitral Tribunal in 2013 seeking clarification, among other issues, of ownership of Scarborough Shoal.

Q: Duterte’s supporters say Sen. Trillanes and Pres. Aquino should be charged with treason or conducting these backchannel talks. Do you agree?

China’s Communist leaders in Beijing would pop their champagne bottles and wildly celebrate if the one ASEAN leader who has been their biggest critic, who has accused China of emulating Hitler’s annexation of the Sudetenland in its occupation of territories in the West Philippine Sea, is charged with treason. China would pay handsomely for that ironic outcome. 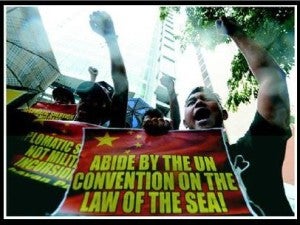 On the other hand, Sen. Trillanes has not satisfactorily answered questions as to who funded his 16 trips to Beijing while Secretary Del Rosario was negotiating with China over the Scarborough Shoal. Malacanang claims that it was Trillanes who offered himself to serve as Aquino’s backchannel to China. Then-Senate Pres. Juan Ponce Enrile disclosed in 2012 that Trillanes never sought or received Senate funds to travel to China. Did China stoke Trillanes’ vainglorious ego and convince him that he could broker a peace deal between China and the Philippines?

According to the “Aide Memoir” of then PH Ambassador to China Sonia Brady, Trillanes shared with her in Beijing that he told China the Philippines did not have the military capacity to defend and protect its coasts.

Backchannels are a regular staple of diplomacy, so there is nothing inherently wrong with engaging in backchannel talks. But did China fund Trillanes’ trips to China? That question has always bothered me.