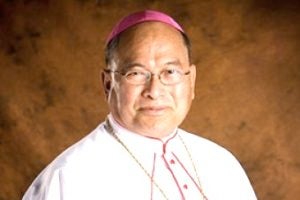 AGANA, Guam — The head of the Catholic church here is defending himself against claims that he sexually abused an altar boy 40 years ago.

Archbishop Anthony Apuron released a video May 17, in which he denied the allegations brought by Roy Taitague Quintanilla, of Hawaii. Quintanilla has accused Apuron of sexually abusing him when he was an altar boy and the archbishop was a priest at Our Lady of Mt. Carmel Parish in Agat, The Pacific Daily News reported.

“To be absolutely clear and to avoid any misinterpretations of my statement, I deny all allegations of sexual abuse by Roy Quintanilla,” Apuron said in the video.

The archbishop also referred to “malicious ads” recently featured in local newspapers, including the Pacific Daily News. In a previous news release, the archdiocese said the advertisements insinuated sexual abuse by Apuron.

“As predicted just four days ago, these malicious ads have resulted in a false accusation of sexual abuse,” Apuron said in the video.

The Concerned Catholics of Guam, a group that has been critical of the archbishop, paid for the advertisements, which called on victims of sexual abuse to come forward.

Apuron has been accused of molestation in the past, but has never been charged with a crime.