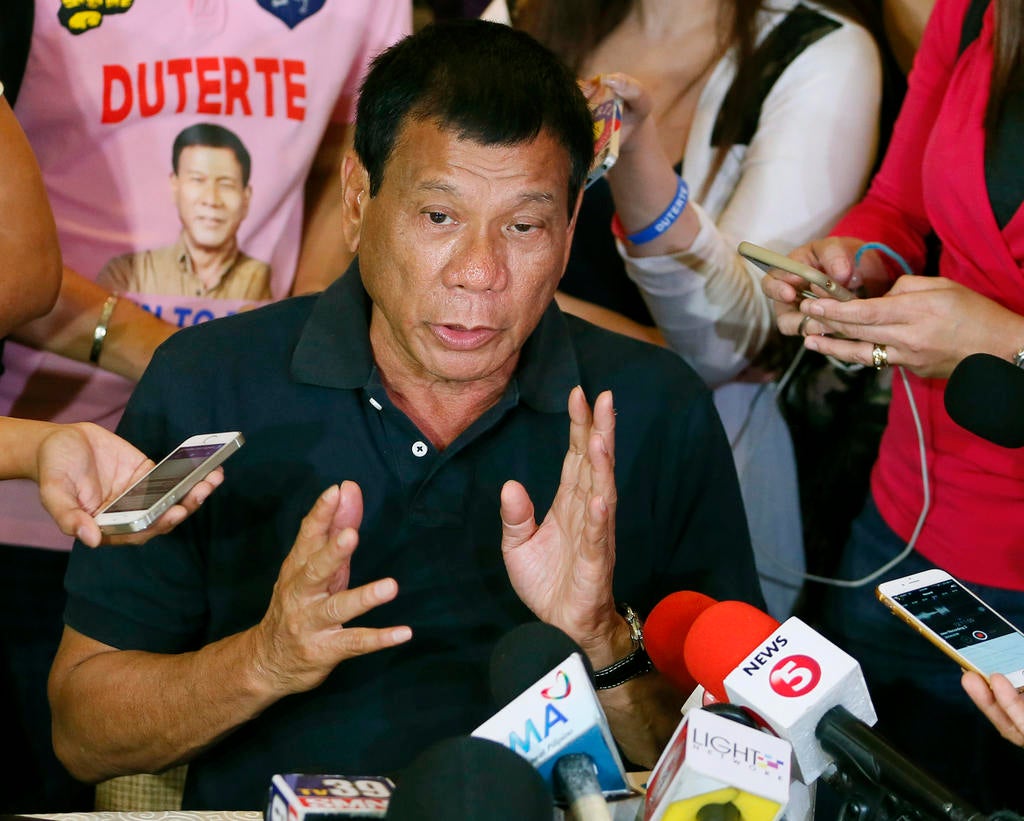 DAVAO CITY — Presumptive President-elect Rodrigo Duterte said Senator Antonio Trillanes IV could have committed treason in his backchannel talks with Chinese officials over the West Philippine sea claims, as he reiterated someone should answer for the loss of the Scarborough Shoal to the Chinese.

He said he was asking the Aquino government, which he referred to as the “past,” how it happened too.

“I would like to know from anybody in the executive department of the past administration why we lost the Scarborough Shoal,” Duterte said in a press briefing Monday, “I can take all the insults, the muck and garbage that is part of the territory of politics, but itong ganitong nawalan tayo ng lupa (but to lose our land), or whatever is under the water is lupa (land), I can’t take it,” Duterte said.

He maintained that the contested territory “belongs to our exclusive economic zone (EEC).”

“Why is it now that we can no longer operate (there)?” Duterte, who had met foreign diplomats, including the Chinese Ambassador, at the Matina Enclaves here Monday, said.

Duterte recalled that Trillanes initiated secret, “back-channel” talks with the Chinese government that could have only put in jeopardy the Philippine interest over the shoal.

“Trillanes went (to China) there 16 times,” Duterte said, “After the 16th visit, we have lost the Scarborough Shoal,” he added. “To me, it’s treason,” he said. “Somebody has to answer for that, it means livelihood for the Philippines, for the Filipinos, our fishermen will be deprived,” he said.

On May 6, Duterte’s partymates filed treason and espionage charges against President Aquino and Trillanes for conducting “back-channel talks” with China that allegedly “only advanced (the) interest of our Asian neighbor.”

The filing was announced two days later by Martin Diño, a member of Duterte’s party, PDP-Laban, who said the charges were filed at the Ombudsman. 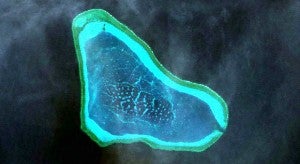 “Senator Trillanes met with the Chinese 16 times, and he requested that the meeting (be) secret. In those meetings, Trillanes (mentioned) that the Philippines cannot enforce coastal protection. And that made the Chinese take an aggressive [stance] and take over our areas like Scarborough Shoal and Spratly Islands. That alone constitutes treason,” former sectoral Representative Ronald Adamat, who signed as one of the complainants, said.

Duterte’s camp said they had basis for filing the charges as China committed aggression by occupying the country’s territories, an act tantamount to waging a war.

As for the charge of espionage, China allegedly had been “emboldened” by the information “gathered from” Trillanes.

“We include the President (Aquino) because Trillanes could not have done this without the order of the President. They breached international policy. They did it without coursing their efforts through the foreign affairs department,” Adamat said in a press briefing after the filing of the charges.  SFM