By: Melissa Legarda Alcantara - @inquirerdotnet
INQUIRER.net US Bureau / London Correspondent / 02:09 AM May 14, 2016 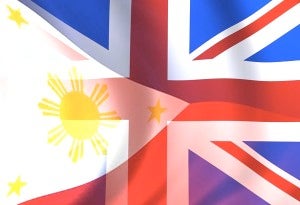 LONDON – A two-way street acquisition streak is markedly shaping the trade and investment relationship between the Philippines and the UK.

In the past few years alone, a number of Philippine companies have taken the leap of faith onto the UK market, signing off on acquisitions worth billions of pesos.

According to the UK Trade and Investment (UKTI) and British Chamber of Commerce of the Philippines (BCCP), bilateral trade between the two countries reaches around $1.8 billion per year.

With a net foreign direct stock of over $5 billion, Britain is considered the country’s biggest European investor.

At present, the BCCP directory shows that there are 14 British companies under negotiations to enter the Philippine market.

Scheduled by the UKTI and BCCP this June, Philippine trade missions will promote the country’s energy, infrastructure, food and beverage sectors to UK companies.

On May 6 the BCCP confirmed that at least 12 companies from the United Kingdom are actively looking for access to the Philippine market.

“Whoever is the eventual winner, we consider that our relationship will not be affected,” said Nelson. “Regardless of the eventual outcome, we only see businesses growing and that interest is shown by the UK companies here.”

According to Nelson, over 800 member companies belonging to BCCP have “expressed interest” in expanding into the rapidly developing Philippine economy.

Alongside their sustained interest in the Philippines, British companies are also expecting an easier business relationship with the country.

“In general, our wish list is to continue to grow and make doing business easier in the Philippines,” said Nelson.

“The Philippines is an emerging market that remains abundant with business opportunities that British companies can take advantage of, and we are here to support [them].”

Nelson added that the Philippines will be a participant in the upcoming International Festival for Business 2016, to be held in Liverpool, England. [email protected]

Read Next
Overseas ballots from US and Caribbean all in
EDITORS' PICK
Leveling up your ‘lutong bahay’ with the kitchen companion you never knew you needed
Gov’t urged to shift public transport system to service contracting
WATCH: Mga eskwelahan na ginawang quarantine facility, binigyan ng dalawang linggo para linisin
Crisis seen in absence of jeepneys in Metro Manila
MMDA: Commuters to blame for chaos
Cherry Mobile teams up with Cloud Panda PH, launches online store
MOST READ
MMDA: Commuters to blame for chaos
MMDA to sue, slap P1,000 fine on bike group
Calida ‘just the lawyer, not the client’ and must ‘never lose his cool’ – Macalintal
PH walks back, suspends VFA termination ‘upon the President’s instruction’
Don't miss out on the latest news and information.