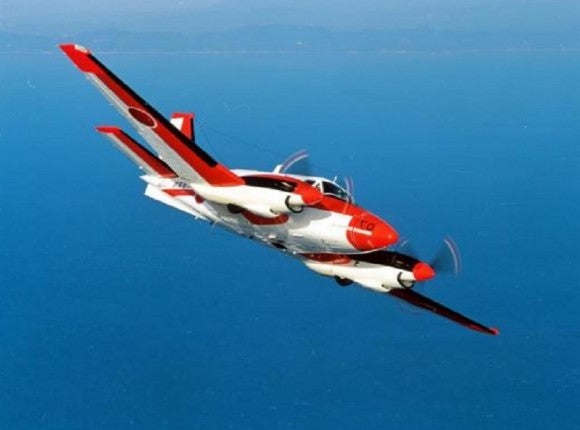 TOKYO, Japan — Japan will lease military aircraft to the Philippines in another sign of deepening security ties between the two former foes to counter Beijing’s increasing regional influence.

The agreement was made Monday afternoon during telephone talks between Japan’s Defense Minister Gen Nakatani and his Philippine counterpart Voltaire Gazmin, the ministry said.

Tensions in the South China Sea — through which one third of the world’s oil passes — have mounted in recent years since China transformed contested reefs into artificial islands capable of supporting military facilities.

Under the accord, Tokyo will lease up to five TC-90 training airplanes and help Manila train pilots and aircraft mechanics, the ministry said. The planes can be used as surveillance aircraft, according to local media.

It will be Japan’s first lease of its Self-Defence Forces’ aircraft to another country after it recently lifted a self-imposed ban on weapons exports.

“We agreed that it is important for all the countries in the region to strengthen cooperation in order to maintain peace and stability of the South China Sea,” Nakatani told reporters.

“We believe that improving the Philippines’ capability will lead to stability in the region,” he added.

The TC-90 is capable of flying some 1,900 kilometers (1,180 miles), roughly double the flight range of the Philippine navy’s aircraft, Kyodo News said.

The Philippines has been seeking to strengthen ties with Japan, its former World War II rival, as tensions mount over disputed South China Sea waters, almost all of which are claimed by China. The southeast Asian country has a severely under-equipped military.

Aside from the Philippines, Vietnam, Brunei, Malaysia and Taiwan also have overlapping claims to the contested waterway.

Japan has its own dispute with China in the East China Sea over uninhabited islands that it administers but that are also claimed by Beijing.

A Japanese warship last month sailed into a Philippine port near disputed South China Sea waters while Tokyo agreed in February to supply Manila with military hardware, which may include anti-submarine reconnaissance aircraft and radar technology.