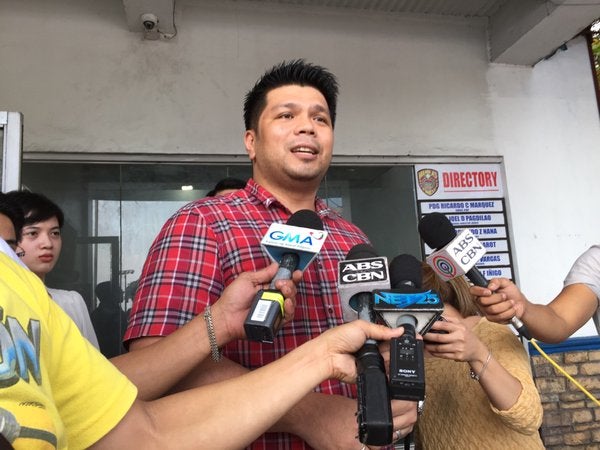 Expelled Iglesia Ni Cristo (INC) pastor Lowell Menorca II has sought refugee status in Canada for himself and his family, claiming  the powerful local sect has continued to harass them even after they left  the Philippines in March.

In a letter released to the media last week, Menorca said he was in Vancouver pleading his case before Canada’s Immigration Refugee Board. The application for special entry lists himself, his pregnant wife Jinky, 2-year-old daughter Yuri Keiko, sister-in-law Jungko Otsuka, brother Anthony Menorca and his wife Shayne, and their house help Abegail Yanson.

The family fled Manila on March 6, staying in Vietnam for two weeks before moving on to another country, citing threats to their lives.

“We confirmed reports the people who were responsible for our kidnapping and illegal detention are out of the country and actively searching for my family to use them against me,” Menorca said in a six-page letter.

“They have mobilized local resources in Vietnam, Thailand, Vancouver and even Southern California to look for me and my family,” he said.

He attached to his letter screengrabs of supposed Facebook posts by INC members taunting the family with their photos at airports in Vietnam and Thailand to prove they were being tailed.

Menorca’s latest plea for help came after the Court of Appeals threw out last week the Menorca family’s bid for court protection as the case was  rendered moot by the family’s departure from the Philippines.

The Menorca family initiated court proceedings against their former church last year after the INC allegedly detained them for three months at its Central Office in Quezon City.

Menorca was among 10 INC workers and ministers abducted in July after being suspected of being behind online exposes of corruption in the upper echelons of the politically influential sect. Some members of the sect’s founding family—the Manalos—were also isolated.

After Menorca filed abduction charges and sought protection against the INC, he was slapped with several counter cases, including three libel suits and an adultery complaint—charges Menorca said were part of the INC’s efforts to harass him.

In his letter, Menorca detailed his family’s nearly year-long ordeal, appealing to the Canadian government to grant him and his loved ones a new beginning.

“I am just one man standing for the truth and what is right against a very, very powerful institution which uses the church as a façade for its illegal activities and human rights abuses. I am no match for them,” said Menorca.

He described the INC as an institution that has a stranglehold on the Philippine government, saying authorities have been unable to do anything against the church’s wishes.

“We are all being targeted ‘to be silenced’ by the INC and by extension, our own government, which INC is able to manipulate,” said Menorca.

“This is why we are begging your good government to grant us refuge. We are in dire need of protection from a government such as yours which cannot be bribed or influenced by INC, whose law enforcement is faithful to its duty to protect and serve its citizens and not be used as an instrument to oppress and suppress by the influential and corrupt,” he told the Canadians.

Before he fled the country in March, Menorca issued a statement in Filipino saying he feared for his life, having received death threats, even one against his youngest child, from suspected members of the INC.

He retold how he was abducted by armed men—including some he identified as Quezon City policemen—from his small church in Butag, Sorsogon, on July 16, 2015, jailed in Dasmariñas, Cavite, on trumped up charges, allegedly with the help of a city prosecutor in that town. He said he was released after nine days in the Dasmariñas jail and turned over by the police chief to INC leaders, who then detained them at the local church’s Quezon City compound for three months, before he was rescued by the National Bureau of Investigation. However, his nightmare has not ended as he faces threats of arrest for various cases filed by the powerful group.