Headless body feared to be Canadian hostage turned over to Marines 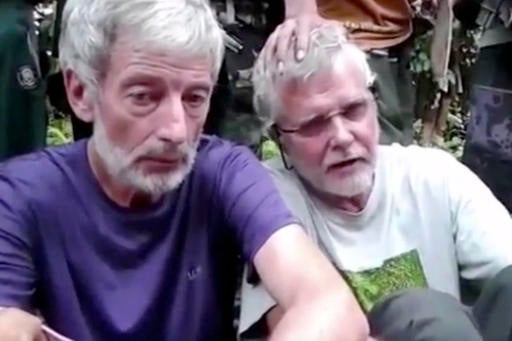 A male decapitated body found in Sulu on Wednesday morning was turned over to a Marine Battalion Landing Team, days after the beheading of Canadian hostage John Ridsdel.

Western Mindanao Command spokesperson Major Filemon Tan said the body was found by civilians in Brgy. Bayug in Talipao at about 8 a.m.

“The Philippine National Police Scene of the Crime Operatives and military troops are verifying if the body is that of John Ridsdel,” he said.

On Monday afternoon, the severed head of Ridsdel was found near a police station in Jolo.

The Canadian hostage was one of the four tourists abducted by the Abu Sayyaf in Samal Island last September. The other three abducted were Canadian Robert Hall, Norwegian Kjartan Sekkingstad, and Filipino Marites Flor.

The kidnappers, the notorious Abu Sayyaf Group, initially asked for P1 billion for each of the foreign hostages for an April 8 deadline. It was later moved to April 25 at a reduced P300 million ransom. JE

Canada PM Trudeau says no to ransoms after Ridsdel beheading