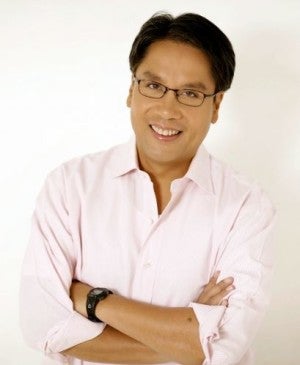 About 1.4 million overseas Filipinos worldwide are now registered to vote. They can make a big difference in the coming elections.

The US Pinoys for Good Governance (USPGG), headed by philanthropist Loida Nicolas Lewis, widow of the late billionaire Reginald Lewis, is considered as the most influential Filipino American organization in the U.S. Its membership is composed of lawyers, doctors, scientists, engineers, accountants, nurses, academicians, computer technology people, writers, business executives, entrepreneurs and other professional people.

This group and its members not only have influence with national and local officials  in the U.S. but also in the Philippines.

The Global Filipino Diaspora Council (GFDC) is another influential global organization of overseas Filipino leaders from the four corners of the earth: U.S., the Middle East, Hong Kong, Singapore, Malaysia, Australia, UK, Canada, Japan, Italy, France, etc. It was formed four years ago during a conference of overseas Filipino leaders and organizations co-sponsored by the Commission on Filipinos Overseas and USPGG. One of the provisions in the organization’s Constitution, in line with seeking a better life for Filipinos everywhere, calls for involvement in politics for a better world. This includes endorsing qualified candidates who fit certain criteria.

These two organizations are recognized by the Commission on Filipinos Overseas for their contributions in helping overseas Filipinos to register to vote and for other civic and humanitarian actions.

Just very recently, USPGG’s Chairperson Lewis filed a rushed petition to the Philippine Supreme Court to issue a Temporary Restraining Order (TRO) against the Comelec’s seemingly irrational order banning campaigning by overseas voters one month prior to the elections. This is clearly an infringement on Constitutional rights regarding important free speech during election time. The Supreme Court immediately issued the TRO against the Comelec ban.

Overseas Filipino voters are probably the most ideal group of voters among Filipinos. Unlike many in the homeland, they cannot be bought or coerced by goons. They are also not subjected to undue influence by barangay captains or powerful political clans. As such, they tend to independently vote for candidates whom they feel can serve the people well and do best  for the country.  They look to candidates who are most qualified in terms of competence, integrity and track record of service.

These are the same criteria used by the two organizations in considering which presidential and vice presidential candidates to endorse. Learning from the experience of the brutality, the greed, the corruption and oppression of the  Marcos  dictatorship, they added a moral dimension  and  included another item which they considered to be the most important among the criteria they used. This is: A candidate must have manifested a sincere showing of love for one’s fellowmen in his (or her) past actions and not only in his words.

As such, some candidates, who met some of the criteria but have shown no sincere manifestation of truly loving one’s fellowmen and even manifest the opposite  by exploiting and oppressing  others with their actions, were excluded.  The selection process involved a careful  deliberation and examination of the candidates’ backgrounds and  then, the  basic criteria of integrity, competence, track record and a manifestation of sincere love for one’s fellowmen were applied

Their conclusions on which candidates needed to be excluded based on these criteria are: 1) Blatantly corrupt candidates. They clearly do not love their fellowmen. The reason: A corrupt official steals the people’s money which could have been used for better: food, housing, education, health care, roads and bridges, peace and order, etc.; 2) Candidates who flaunt the law and murder people in the name of peace and order  and use death squad goons to oppress and intimidate citizens. Their victims might very well have been innocent and killed by the candidate or his men for personal reasons, such as rivalry for the affection of a woman or a desire to acquire the victim’s property or business enterprise; 3) Candidates who insists on running even if they are seriously or even terminally ill. Obviously, such candidates are physically and even mentally weakened by their serious illness and cannot really put in the long work hours needed to serve the people well; 4) Candidates who show more loyalty and subservience to wealthy special interests campaign contributors than commitment to the wellbeing of the people; 5) Candidates who are serial liars constantly denying the terrible wrongdoings of their political family.

It should be mentioned that some in the two groups were initially leaning towards a certain candidate because they could identify with her as having been an immigrant in a foreign country like them. Unlike Filipinos in the Philippines, the candidate’s once being a U.S. citizen and working in the U.S. was not an issue. They know that as it is with them, this does not mean that she turned her back on the Philippines and no longer cared about her fellow Filipinos.

What cooled their initial ardor for this candidate was her apparent showing of subservience to a major Marcos crony who is reported to have provided her with substantial campaign funds. And like so many tradpols, she has also exhibited acts of “buttering up” to a religious group to get their votes. They looked into her work background experience and could not see anything indicative as to whether she can actually handle the very complex job of being President of a country with so many problems and is very difficult to manage. They concluded that the only reason for her popularity is because she has a popular movie star father adored by the masses and they have the same last name. She is not using her married name. They concluded that this, by itself, does not qualify her to be President.

In the case of another candidate, they note the horrible impact on the image of Filipinos overseas and those in the homeland of having as President a foul-talking Pope-cursing character who admits to being part of a death squad that murders people. This is done supposedly because of his concern for peace and order. He also openly announced a sick fantasy: Wishing he were first in line in gang raping a beautiful Australian missionary. One U.S. Pinoy concluded: “Having this monstrous aberration win as President is a nightmare and an insult to all Filipinos.”

The two groups also touched on the many problems faced by the Philippines: The Muslim issue in Mindanao, joblessness, poverty, quality of education, health care, peace and order, hunger, environmental problems, corruption, labor issues. After a lengthy discussion, the group concluded that a growing, progressive and sustained economy is what would greatly help in solving these problems.

The major problem of China’s illegal and immoral intrusion into Philippine waters and installing military bases was also discussed. They noted that two presidential candidates indicated bilateral cooperation with China on this issue, which is contrary to the country’s interests.

Both groups concluded that of all the presidential and vice-presidential candidates, the team of Mar Roxas and Leni Robredo meets their standards for endorsement, according to the relevant criteria that they have set. This is especially true in considering the importance of continuing and sustaining the country’ remarkable present economic growth and progress.

Roxas’ background of graduating from the prestigious Wharton School of Business; his legislative track record of various bills he authored that have contributed much to the country’s economic growth, better health care and better education; and his excellent record as a former Secretary of Finance were all examined.

Leni Robredo’s track record as a public servant was also carefully examined. The widow of Jesse Robredo, the late iconic former Mayor of Naga City and cabinet Secretary of the Interior and Local Government, she also has an excellent track record as a congresswoman. She has authored bills that have reduced poverty, given tax incentives for economic progress and promoted health measures for schoolchildren.

The track records of Roxas and Robredo show that they are more qualified than than any of the other candidates to continue and sustain the exceptional economic growth which the Philippines is presently experiencing. Their commitment to have the country’s wealth trickle down to the people was also praised, as well as the good moral character record of the two who absolutely have no corruption issues against them.

With the Filipino people and the country’s best interest in mind, the two candidates were formally endorsed by these overseas Filipinos. They urge all overseas Filipino voters to vote for the two and to also ask their relatives in the Philippines whom they financially support to vote accordingly.

For Senators, they endorsed the following candidates:

(Footnote: There was some discussion about Manny Pacquiao’s limited qualifications. But in appreciation of the considerable honor and recognition he has given to Filipinos and the country worldwide as a great world champion boxer and his continuous widespread charitable  help to indigent Filipinos, the overseas Pinoy groups happily endorsed him.)