SAN FRANCISCO — The Philippine Supreme Court en banc granted a temporary restraining order on the ban on overseas campaigning during the 30-day overseas voting period (from April 9 to 9 May 2016), being enforced by the Commission on Elections under the Overseas Voting Act (RA 10590).

The plea for a TRO was filed Atty. Loida Nicolas Lewis of the US Pinoys for Good Governance and Global Filipino Diaspora Council through her lawyers from the Ateneo Human Rights Center, asking the High Tribunal to issue an injunction to stop the implementation of the ban. 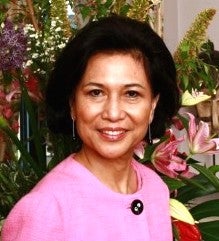 Lewis argued that the policy’s provision “to prohibit Filipinos abroad from campaigning and engaging in partisan political activities, not only violates their freedom of speech, expression and assembly, it also violates their right to be properly informed and educated about matters which would affect them, particularly on issues affecting the government and governance itself.”

Her petition also pointed out that Filipinos abroad do not fall under the criminal jurisdiction of Philippine laws.

As a result of the TRO, overseas Filipinos can continue to campaign for their preferred candidates effective April 19 until further notice, provided that campaigning is not within or near the vicinity of the Philippine Embassy or Consulate.