PH ballots mailed out, but some in NY opt to vote in person | Global News
Close
menu
search

PH ballots mailed out, but some in NY opt to vote in person 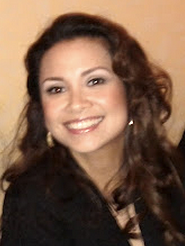 Broadway star Lea Salonga was among the first to vote in person when voting started April 9 at the New York Philippine Consulate. WIKIPEDIA

NEW YORK CITY — While registered overseas voters expect to receive their election packets by mail, some community members, including Broadway Star Lea Salonga, still chose to personally cast their ballots on the first day of voting at the Philippine Consulate General April 9.

Salonga was among overseas voters who braved the rains to make it to the Polling Place at the Kalayaan Hall Annex of the Philippine Center.

“For me, I like being able to have a say in the country’s affairs,” said the Tony Award-winning actress. She urged the other Filipino Americans to take part in the elections because “the (presidential) elections happen only once every six years and no election has to be treated with apathy.”

She also visited the temporary assembly line for voting packets and urged for community members to lend their time and assist the Consulate in completing the task of sending 26,000 voting packets to all registered voters by 16 April.

The Consulate General will be open every day including Saturdays and Sundays to receive ballots from 9 a.m. to 5 p.m. until 9 May at 5 a.m. EDT. The public is also advised that Vote Counting Machines (VCM) will be operated for batch feeding of ballots every Monday and Thursday starting at 9 a.m.

The Consulate General will send Ballot Collection Teams to Philadelphia, Pennsylvania; Southern New Jersey; Jersey City, NJ; Bergen, NJ and Needham, Massachusetts for voters who would like to personally submit their ballots to the Consulate’s representatives. For more information, the public may check the PCGNY website at www.newyorkpcg.org.