Violence vs children gets Unicef attention 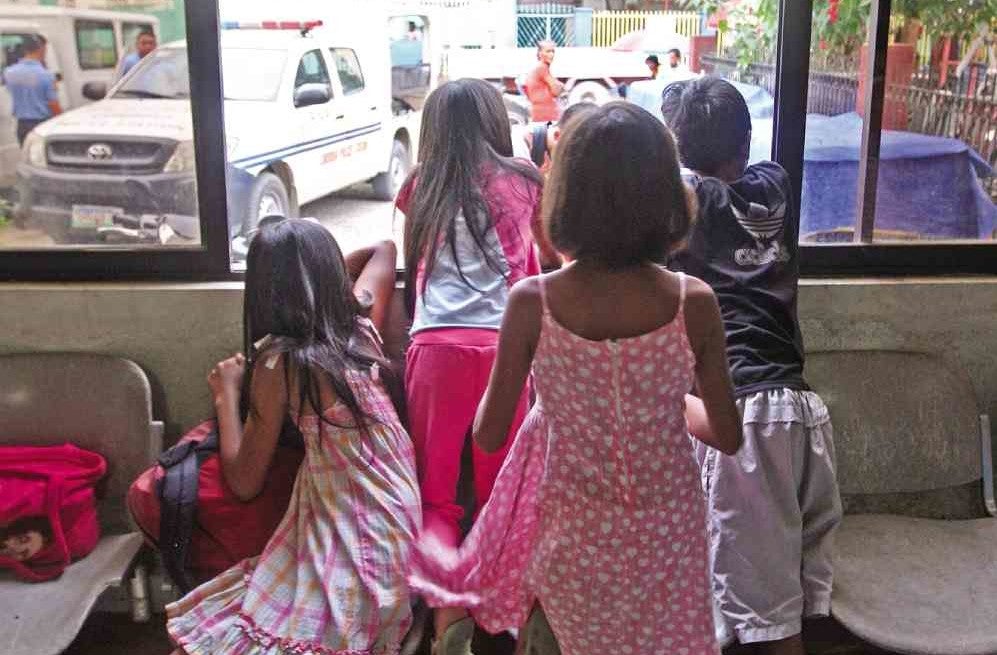 CHILDREN rescued by police look out a window of the Cordova police station, as officers file a complaint against an Australian tourist who allegedly preyed on them. TONEE DESPOJO/CEBU DAILY NEWS FILE PHOTO

THE UNITED Nations Children’s Fund (Unicef) and the Council for the Welfare of Children (CWC) is bringing together national and international organizations in a global partnership to push for stronger prevention and response to protect Filipino children against violence.

The move is in response to the preliminary results of the Philippines’ first ever National Baseline Study on Violence Against Children (NBS-VAC), which is scheduled to be officially launched in October.

VAC is a global priority agenda stipulated in the United Nations’ sustainable development goals aimed at “(ending) abuse, exploitation, trafficking and all forms of violence and torture against children.”

The NBS-VAC steering committee chaired by the CWC and Unicef brought together more than 200 researchers, academics, advocates and professionals in  two-day research forum last week titled “Boys and Girls at Risk,” as part of an ongoing peer review and analysis of the study.

“I draw your attention to the vulnerabilities of children facing different forms of violence, vulnerabilities deepened by experiencing violence from those that they most trust such as parents, siblings, teachers in places where they ought to feel safe such as home, school and neighborhood,” said Unicef Philippine representative Lotta Sylwander.

“Difficult as some of the findings are, let us be armed by the solid knowledge and evidence generated by the study to create stronger grounds for prevention and response. We count on this forum to guide the formulation of the crucial next steps. Each and every one of us is responsible for stopping violence against children,” Sylwander said.

The initial results presented by experts in the study touched on the various forms of violence that children experience: physical, psychological and sexual abuse at home, in school, the community and online.

They also suggest that while both boys and girls are equally vulnerable to violence, boys can be twice more likely to experience severe physical violence, the study said. Younger children are exposed to higher risk in these settings, it said.

Violence against children has been cited to affect children’s physical and psychological health, impede their growth and development, and perpetuate a cycle of violence in society.

According to Social Welfare Secretary Dinky Soliman, the Philippines has been chosen to as a “pathfinder country” within the Global Partnership on VAC, placing it at the forefront of preventing, protecting and making society safer for children.

VAC is a priority agenda of the government, Soliman said in her opening remarks.

“From this point on, steps will be taken to renew our conviction to transform the Philippines into a safer and more nurturing environment for children. This is both about improving policies and connecting the policies with implementation at the community level,” she said.