Number of autistic California students has risen since 2002 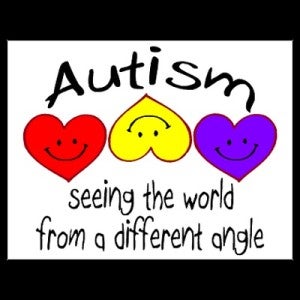 PALO ALTO, California — Between 2002 and 2015, the number of public school students in California enrolled in special education due to autism has risen sixfold, according to Kidsdata.org, which released the latest data to mark April as Autism Awareness Month.

Nationwide, the identified prevalence of autism spectrum disorder (ASD) has more than doubled from one in 150 school-aged children in 2000 to one in 68 in 2012, according to the most recent data from the Centers for Disease Control and Prevention.

Has the prevalence of autism actually risen or does the upward trend reflect broadened diagnostic criteria and increased awareness of the disorder?

Some researchers point to “diagnostic substitution,” meaning that a child diagnosed with autism today may have been dubbed mentally retarded in years past. It wasn’t until 1992 when the Individuals With Disabilities Education Act (IDEA) included autism as a special education reporting category. And while the causes of autism are largely a mystery, most researchers agree that both genetics and environmental factors, such as exposure to pesticides during pregnancy, may play a role.
The Centers for Disease Control and Prevention is stressing the importance of early identification through its “Learn the Signs. Act Early” program.

In 2012, only 43 percent of children identified with ASD received developmental evaluations by the age of three. Black and Latino children tend to receive diagnoses at even older ages. By prioritizing early identification, children with ASD can access special services and support during the crucial stages of early childhood development.

Read Next
Top Fil-Am chef is guest on Lifestyle Network’s ‘Spice to Life’
EDITORS' PICK
We Can’t Guarantee You’ll Win a P20 Billion Jackpot, But We Can Help You Try
Sex on the menu for Pogo workers
SM continues to send relief assistance to remote towns in Batangas
First female commodore named
Foreigners prepare to flee as China virus toll tops 100
Best Gift Ideas in the Philippines
MOST READ
Sex on the menu for Pogo workers
Kobe Bryant’s body identified among helicopter crash victims
Virus outbreak death toll in mainland China rises to 132, cases increase to 6K
Kobe Bryant gear pulled out of Nike online store in wake of his death
Don't miss out on the latest news and information.