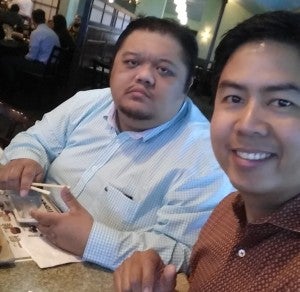 SACRAMENTO, California — The Superior Court of the County of Sacramento dismissed the appeal of a home care employer and upheld an earlier ruling of the California labor commissioner awarding over a half a million dollars to the Filipino worker who filed a complaint of unfair labor practices.

With the ruling of Sacramento County Judicial Presiding Officer Raymond Cadei, the caregiver, referred to as Allan, is closer to getting the amount of $544,746.91 earlier granted for unpaid wages, overtime pay, liquidated damages and interest.

The motion to dismiss the employer’s appeal was filed on Allan’s behalf by Filipino lawyers Richard Taguinod and Abelard John Godoy.

The defendant’s appeal asserted that the court “waive the bond requirement” on the grounds that employer-defendant was indigent. The defendant provided “a declaration attesting that she has attempted to secure a bond but has been unable to do so because it would cost $70,850 to obtain the necessary bond, which she cannot afford.”

The defendant also stated that she was unable to borrow the funds and would submit to a review of her finances if necessary, but all she provided was, as quoted from court records,   “an estimated quote of $70,850 for someone with no assets and a poor credit score to obtain a bond”; but her statement also suggested that “someone with greater assets could secure a bond for $5,450.”

The court also noticed that the quote itself “appears to be simply from an online tool without taking into account (defendant’s) specific financial situation, and (defendant) did “not attest to her credit score or assets, beyond generally stating: “I do not have the funds required to obtain the bond.”

On these bases, the court indicated it had no jurisdiction to determine whether defendant should be granted a waiver of bond and if even it did, “defendant has failed to provide evidence of indigence sufficient to persuade the court to grant a waiver.”

Accordingly, the court granted Allan’ motion to dismiss the appeal, indicating that it lacked the jurisdiction to hear the appeal after the defendant failed to post a bond or obtain a waiver

The court order is effective immediately and Allan’s camp was ordered to prepare a proposed order and judgment of dismissal.

The court proceeded to rule that the tentative ruling of the labor commissioner, through hearing officer Holly Wright, was affirmed after it reviewed submitted papers and heard the arguments of both parties.

Asked if there was an instance that the decision would not favor them, Taguinod confidently maintained that he had no had no doubt that the judge would rule to dismiss the defendant’s appeal.

“Our client’s motion to dismiss appeal due to non-filing of undertaking was based on the clear provision of the law that for the court to have jurisdiction, or to be able to hear such appeal from the Department of Labor Standards Enforcement (DLSE), the defendant/appellant has to first file a bond equivalent to the amount of the DLSE award,” Taguinod explained.

Either the defendant intentionally not file the bond because she believed she might lose her appeal, in which case the bond would automatically go to Allan, the plaintiff, or she gambled that the court would still hear her appeal without filing such bond.  “Unfortunately for her, the judge applied the law as it is,” said Taguinod.

Taguinod expressed hope that all those in the care home industry, “especially our kababayan,” would be fully aware and exercise and assert their rights even if they happen to be undocumented immigrants. They are protected by the California Labor Code from being reported to the U.S. Citizenship and Immigration Services (USCIS) should they decide to sue their employers for labor abuse.

“To all employers in any industry, including home care industry, I strongly advice that you take time to know all the laws, obey them and not resort to cutting corners. Follow the golden rule and always remember that your employees are your backbones. Treat them with utmost respect and care, and your business will flourish for a long time,” Taguinod counseled.