Book on Amerasians in PH to be launched soon 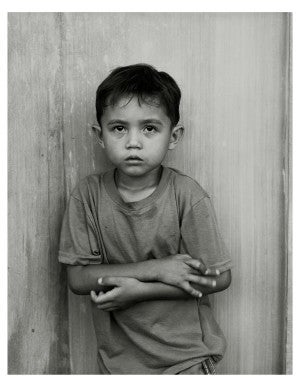 Rain Carl Cruz is the face of “The Forgotten Americans” by Enrico Dungca. ENRICO DUNGCA PHOTO

Growing up in Angeles City, Pampanga, Enrico Dungca, 47, a former US-based fashion photographer had seen the faces and heard the voices of Amerasians, or those children fathered by Americans stationed at the former Clark Airbase in his hometown and Subic Naval Base in Olongapo.

Even when the Dungca family immigrated to the United States in 1984, he never forgot the faces of his fatherless playmates. This motivated him to produce a photography book on the Amerasians.

Dungca was on vacation in Angeles City in December 2013 when he realized that there were still many Amerasians, most of them living in poverty, without support from their fathers or from the American government because they were not recognized as American citizens. Many of them were children of prostituted women.

Some of those Filipinas had a short-term affairs with their American boyfriends, but the eruption of Pinatubo in 1991 forced the Americans to permanently close the bases. However, even prior to closures, many Amerasians had been abandoned by their fathers, whom most of them never knew.

“The project is coming along well. The book is in its design process, and I’m excited to see the final piece. I’m hoping a huge population of Americans will know more about the issue but so far the few who have learned about the project did not know that the issue existed,” Dungca says.

“The Forgotten Americans” will be published soon with the help of friends and supporters from both the American and Filipino communities as a self-published book.
Aside from personal advocacy, the book project is a tribute to Dungca’s father. His father was orphaned at five years old and raised by a single father. The elder Dungca knew what it was like to live in poverty, thus, he became a pillar in their community in Angeles.

“His love for the Filipinos and the Americans parallels the premise of my goal for the project, which is to have my photographs speak for the poor abandoned Filipino Amerasians,” Dungca says.
Finding some American fathers
Dungca is in contact with two Americans who know about their children in the Philippines.

“It’s a sensitive situation for a couple of reasons. Firstly, one of them has his own family does not want to open a can of worms. It’s a selfish reason in my opinion, but I cannot push any decisions for him. I can only keep reminding him that he has a beautiful daughter in the Philippines calling for him. I hope someday he will open his heart. There is another father who questions the authenticity of the paternal relationship. He is not aware that he left a child in the Philippines. I need to follow up with him without being a nuisance,” Dungca explains.

In 2014 Dungca presented the project to the Philippine Consulate in New York. Consul General Mario De Leon commented that this issue had been placed in the back burner and appreciated that someone was right back on the issue. 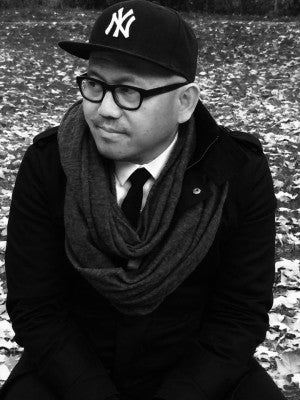 Enrico Dungca says, “Through photography, I will give face to these forgotten people.” JLATOZA PHOTO

“I have not officially reached out to the Philippine government (in the Philippines). I try not to think that the Filipino Amerasian plight is not a political number but more of a humanitarian cause but it’s an inevitable concept,” he says.
The Philippines and the United States recently agreed on reinstalling U.S. military bases in the archipelago under the Enhanced Defense Cooperation Agreement. Dungca hopes that both governments will not overlook the forgotten sons and daughters of American fathers.

There are thousands of abandoned Amerasians in the Philippines. He hopes that EDCA would not produce more abandoned children. Both countries must understand that no child deserves to be abandoned socially and politically.

The US passed the Amerasian Act of 1982, a law that permits Amerasian children born in Laos, Kampuchea, Vietnam, Thailand and South Korea to enter the United States through preferential immigration treatment, but the Philippines and Japan who were originally included were deleted at the last minute.
“The Filipino Amerasians are beautiful people, and I hope they let their beauty shine in spite of where they are, and what circumstances they’re in. Life is a beautiful gift, and it should not be taken for granted. There are plenty of chances given in life, and I hope that the Amerasians understand that I took the chance in bringing light to their call for help. I have not forgotten about them, and I will not forget about how beautiful they are. It is the least I can do to keep my father’s legacy alive,” Dungca concludes.
Like us on Facebook