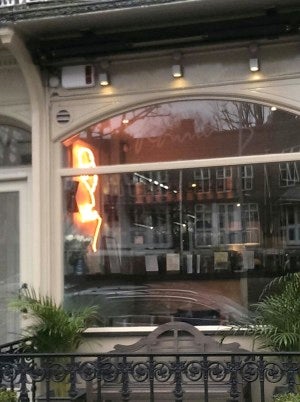 LONDON – The popular Manila restaurant, Romulo Café, officially opened its newest branch to London foodies Thursday, March 25 in the heart of Kensington High Street, known for being one of West London’s most well-known residential and shopping hotspots..

The 70-seater restaurant is decorated in the style of a private London home, with a few Philippine interior design touches. Romulo Café draws upon the family legacy of one of the Philippines’ foremost international statesmen, General Carlos P. Romulo, and his wife, the late Virginia Llamas-Romulo, who maintained the family’s heirloom recipes. 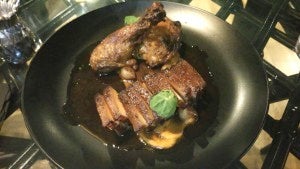 The establishment has four separate dining areas: the Ambassador’s Lounge; the Diplomat’s Dining Room; the General’s Bar and the CPR Library, which can also be converted into a private dining space.

The newly opened restaurant also played host to a romantic marriage proposal between a Greek-Filipino couple. Greece-born Steve Stylinou popped the question to his Filipina girlfriend, Vicky Rom, during dinner. 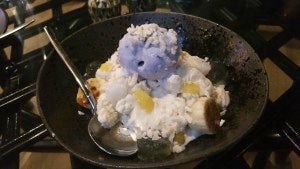 “Romulo Café is so beautiful,” said Stylinou after the proposal. “It was the perfect place for me to ask for Vicky’s hand in marriage.”

“I’m so happy,” said Rom, smiling. “It was such a surprise. We are thinking of having our wedding party here in the Café. Apparently it can fit 70 people for sit-down dinner and there’s also the Library, which can fit 30 people for cocktails. Perfect for a quiet, intimate party.”

“The wedding will hopefully be in May,” added Stylinou.

Paving the way for Filipino food

Owner Rowena Romulo said, “Opening a branch of Romulo Café in London means a lot to me and my family. My Lolo’s open and warm character enabled him to touch the lives of many people, across countries and cultures. [We] have tried to touch lives through the medium of food.”

“I hope that Romulo Café in London will make a true statement, not just about how good Filipino food is, but about how we see ourselves as Filipinos. Wherever we are in the world, we hold our heads up high.” 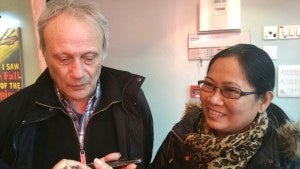 Steve Stylinou and Vicky Rom got engaged at Romulo Cafe.

Gina McAdam, the restaurant’s marketing director, said, “This place is for international food lovers and foreigners. They get a chance to discover and learn more about a cuisine that is relatively unknown. We have about 250,000 Filipinos in London, if not the UK, but Filipino food has been relatively overshadowed by other cuisine such as Malaysian, which is a little more well known.” 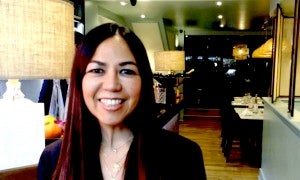 “We see this as a challenge, as a mission, if you like, to put Filipino food on the map,” continued McAdam. “Of course, there are others who have helped open doors in London, who run Filipino food stalls and restaurants. We think of ourselves as a legacy restaurant and as trailblazers.”

Romulo Café in London is located at 343 Kensington High Street W8 6NW. It is open 7 days a week, from Monday to Sunday, serving lunch, merienda and dinner. [email protected]