SAN FRANCISCO — As the time for overseas voting gets closer, Commission on Election (Comelec) officials have been busy going to consular posts around the world to conduct training for diplomatic officials who will act as election workers for the 2016 Philippine national elections in May.

The Comelec team has just wrapped up its West Coast swing at the Philippine Consulate in San Francisco before crossing over to the East Coast in New York. 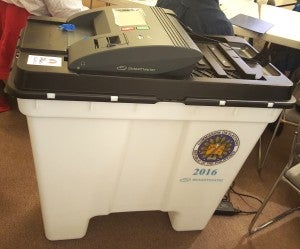 Equipment and supplies for use in the 2016 national elections were on hand at the Philippine Consulate in San Francisco for the training.

The training includes how to handle the vote counting machines (VCM), which were been sent ahead of the team. “We need them to know very well all the features of the VCMs since this is the first time that elections in the U.S. will be automated with their use,” Elnas disclosed.

“Automation of elections has been the clamor and recommendation of DFA personnel in posts from different countries because manual elections and counting are slow, really takes time, are prone to errors, among others.   In the 2010 and 2013, we already automated elections in Singapore, Hong Kong, Dubai, and Saudi Arabia,” Elnas added.

Philippine San Francisco Consul-General Henry Bensurto Jr. said, “It is our responsibility to know all about these technical details and regulations in order to ensure that we have an honest, free and orderly elections in San Francisco, which has a voter population of around 47,000. So we have here intensive training not just for San Francisco, but also for Los Angeles, Vancouver and Hawaii.”

Comelec acting director for overseas voting, Maria Juana Valeza, expressed concern about the Supreme Court ruling favoring the issuance of voter’s receipts. “Our machines were configured without that feature so we cannot include that in the training,” Valeza explained. 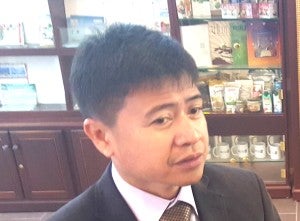 Elnas sought to assuage fears of much delay by saying that they will simply give back the compact flash (CF) cards for reconfiguration, and their technical people, including the service provider Smartmatic, are now making the necessary adjustments for the purpose of the issuance of receipts.

“The training we conducted will not be totally wasted with the necessary steps in issuing receipts since it will just be an addition to the system and when the cards are back, needed instructions will just be issued on the operational aspect to be handled by the BEI on the issuance of the receipts,” Elnas explained.

“We are now anticipating a time challenge since overseas voting will start on April 9 and will last until May 9. We are trying our best to catch up to make it to the deadline for everything to be in place for the smooth conduct of the elections.”

One other concern is about sending out ballots for voting by mail only upon request of the voter, Valeza said. “Our consulate officials said they would rather not wait for the requests and just mail the ballots to the voters because most of them especially those far from the consulate would have no time to personally cast their ballots. So far, we are amenable to that request and we are expecting the approval of the Comelec en banc on that.” 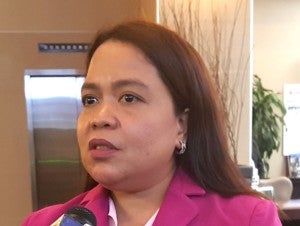 Valeza was quick to add that her commissioner-in-charge of overseas voting, Arthur Lim, who has the blanket authority on overseas voting matters, gave her his go-signal to proceed with the mailing of the ballots and just asked her to submit the recommendation to the commission en banc for confirmation.

“For the 2016 elections, we have over 1,376,067 registered overseas voters in 210 countries, areas and territories all over the world. At the same time we are embarking on a massive information campaign and we have tied up with media outfits to assist in the information campaign,” Valeza shared.

As part of the voter information campaign, Elnas strongly urged eligible overseas voters to coordinate with the diplomatic post that has jurisdiction over them. In San Francisco, voters can check if they are on the certified list of overseas voters at this site:

The reason for deactivation of a voter’s name will also be on this site.

Also in San Francisco, the Comelec is in the process of issuing and releasing Voter’s IDs, asking Filipino overseas voters whose names appear on any of the lists contained in the following links may claim, either personally or through their authorized representatives, their voter’s ID at the Philippine  Consulate General in San Francisco, California:

“One reason for exclusion from the list is the failure to vote in two successive elections as the name will be deactivated in the records. Another reason is the transfer of the voter’s residency when his name can be found registered in his new voting place,” Elnas stated. 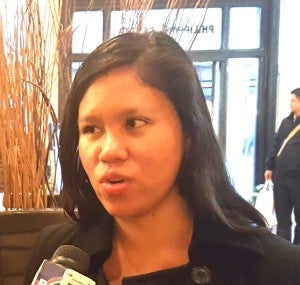 Vice Consul Andrea Caymo of the Philippine Consulate in Hawaii where she is in charge of the special ballot reception and customs group is grateful for the training.

“Our jurisdiction in Honolulu spans as far the French Polynesia, American Samoa, and the various islands of Hawaii. Most of our voters are separated from Honolulu by bodies of water. That is why one of our recommendations from our end is for the voter’s forms mailed directly to them as this would be very helpful in further encourage more eligible voters to actually cast their votes especially those who are far from and cannot go to Honolulu to personally vote,” Caymo disclosed. “The registered number of voters in our jurisdiction is about 7,700 and we are ready to go.“

Speaking for those who attended the training, Deputy Consul-General Jaime Ramon Ascalon admitted that since the automated system is a new process, there are birth pains as they have to be familiar with the equipment because they have they have been accustomed to manual voting.

“The major concerns raised so far have been the challenge in ensuring higher turnout and familiarization of the new process especially in the use of the equipment. Nonetheless we are all ready that is why we are inviting all registered voters to participate in this very important exercise of the right of suffrage. I hope that you will not waste this chance to participate and actually vote,” Ascalon urged.