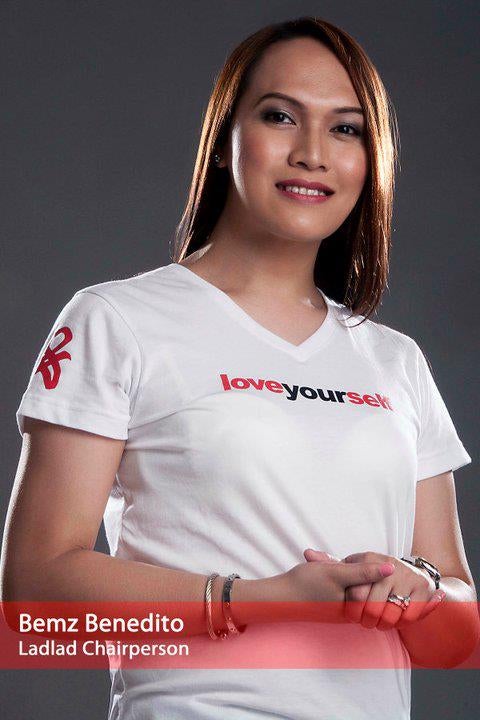 Filipina transgender Bemz Benedito was honored by a US organization with an award as one of four Global Transgender Heroes in celebration of International Women’s Day this March.

The award was given by the True Colors Fund, an LGBT organization based in New York. True Colors, co-founded by international pop star Cyndi Lauper, “is working to end homelessness among lesbian, gay, bisexual, and transgender youth by creating systemic change”.

Benedito learned about the award when an article appeared on the True Colors website (https://truecolorsfund.org) announcing conferment of it on her and three other global transgender heroes: Lohana Berkins of Argentina (who passed away last February 5) Cecilia Chung of the US and Hong Kong, and Liesl Theron of South Africa.

The award’s primary criteria was how a certain individual challenged the status quo and as well as the ways and means of stereotypical boxes for the LGBT. Next to that, says Benedito, is how the awardee struggled to uplift the condition of her community to be recognized and respected.

The award made this year’s International Women’s Day more significant for her, says Benedito, “because I was affirmed as a woman and my small contribution for equality in my country was recognized.”

To be hailed a Transgender Hero is a very humbling experience.

“Just like what I always say in my interviews, I am not the  best and there are others who are doing better than I do, but please be it remembered that there was a transgender woman who worked hard fearlessly in her little ways to represent the Filipino LGBT community as one sector fighting for equal rights.” 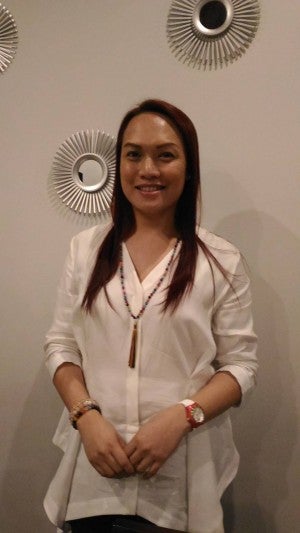 Bemz Benedito remains a humble but determined advocate of LGBT rights despite being cited internationally for her works. TOTEL V. DE JESUS

The recognition, says Benedito, is a reminder to her that despite being elected into public office in 2010 and 2013, “the ray of light comes shining like it never was before, to continue with fight and to keep up with the challenges that cripples our dignity as human beings and citizens of our country.”
The award does not come with any monetary recognition, but according to the LGBT activist, it is more than enough for her and others working to advance the cause of LGBTs and keep them in the thick of the fight despite sometimes feeling that they are doing a thankless job and in the long run allowing even personal relationships and personal ambitions suffer.

“We owe it to the next generation that being LGBT must be kinder and dignified.”

In her own case, the award is encouragement to keep pursuing equal rights and recognition not just for other transgendered women, but for all members of the LGBT community.

“We (LGBTs) are only tolerated and our dream and our goal is to be accepted,” says Benedito. Because if we are indeed accepted, policies and laws must be present to protect and uplift us. Hindi na sana second-class citizens ang tingin saamin at sana may kinatawan na rin sa Kongreso ang sektor ng mga Pilipinong LGBT. At higit sa lahat wala na sanang mambabatas at boxing superstar na hahamakin kami at tatawaging mas masahol pa sa hayop. We are not exaggerating our struggles, we are here giving a face and voice to the oppression that dehumanizes us every day of our lives while living the truth in our being.”

Their biggest goal is the basic right to self-determination. “Then there is our common fight with our lesbian, gay and bisexual brothers and sisters for the passage of the anti-discrimination bill that has languished in Congress for 18 years. Imagine a human rights bill, the only one for that matter, that will protect LGBT Filipinos ay nabubulok sa Kongreso habang naghihirap ang maraming LGBTs sa diskriminasyon at opresyon. In an egalitarian society that has passed the Magna Carta for Women, Indigenous Peoples Rights Act, Violence Against Women and Children, the LGBT community is ignored and discriminated.”

Benedito recalls what the struggle was like for her as a transgendered woman.

“It was difficult especially for me growing up in my province in Abra, which is laid-back, backward-thinking and conservative. While growing up, I would cry whenever I would see my naked body as a young child in the mirror because my anatomy was incongruent to what I thought and felt about myself. It took me a long time to realize that I am not a simple case of a girl trapped in a man’s body. I found out about transgender people when I did my research during my college days. It was then that I found out that I am not an effeminate gay or thepa-girl na bakla but I am a transgendered woman. That is why, as in all journeys, the wrong has to be righted, the flaw corrected. In my mind, in my heart and in my soul, I am a woman, a Transpinay, the other Filipina.”

Finally, says Benedito, if there is a message that she, as a transgendered woman, would like to put out there, it would be this:  “Stereotypes are like cardboard cut-outs; they do not form the complete picture. Not even a fragment of who we are. Our genitalia should not be the basis of one’s right to self-determination and gender identity. We should not be defined by our bodies nor our sexual orientation and gender identity defined our capabilities, skills and strengths.” TVJ