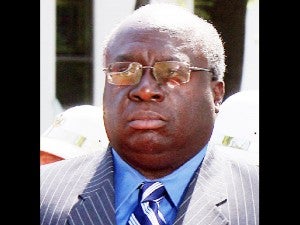 Justice Undersecretary Jose Vicente Salazar on Sunday said there was a need to “verify the accuracy” of US Ambassador Harry Thomas’s claim that two of every five foreign male tourists visited the Philippines for commercial sex.

Salazar, reacting to the statement made by Thomas in a judicial conference on human trafficking last week, admitted, however, that the Inter-Agency Council Against Trafficking (Iacat), which he heads, did not have a grip on the extent of the problem.

Salazar said local law enforcement and other state agencies “do not have accurate statistics on sexual tourism and related cases.

“While we acknowledge the existence of the problem  pointed out by Ambassador Thomas, there is a need, however, to verify the accuracy of his statistics,” Salazar said in an e-mailed statement.

By doing so, he said, “an appropriate response, a calibrated one, together with tourism authorities, will be enforced.”

Despite the lack of such a response, the justice official insisted that combatting sex trafficking had been “a top priority concern” of the government since President Aquino was sworn into office last year.

He assured the American ambassador that the Aquino administration was doing its best to curb sex trafficking and to prosecute persons behind the illicit operations.

“(A)s such, (the government) will not tolerate the promotion of sexual tourism in the country as hinted at by United States Ambassador Harry K. Thomas in a recent speaking engagement,” Salazar said.

“(T)he reinvigorated and intensified effort of the government to eradicate human trafficking is borne out of the clear recognition of its obligation to protect its citizens from exploitation,” he continued.

“In fact, the government has been intensifying its campaign against any and all forms of human trafficking,” he added.

Salazar also thanked the US for supporting the country’s antihuman trafficking programs, saying the Aquino administration was “looking toward a more coordinated and responsive action against the menace of human trafficking.”