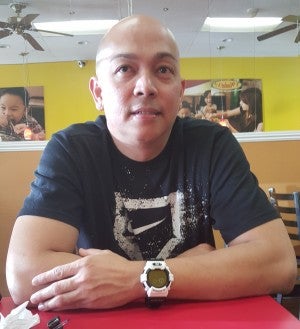 OAKLAND, California–A Filipino caregiver in a care home stands to receive over half a million dollars in total unpaid wages, overtime pay, liquidated damages and interest after a labor standards enforcing body ruled that his Romanian employer, the owner of a care home in Folsom, California, did not pay him fair wages.

Ronnie San Diego, a native of Angeles City, Pampanga, heaved a sigh of relief after Division of Labor Standards Enforcement (DLSE) hearing officer Holly Wright ordered that he be paid a total of $544,746.91 in compensation.

The DLSE order came out on December 21, 2015 or only four days after the hearing, but the employer appealed the DLSE order. San Diego, through his Filipino lawyer Richard Taguinod, filed a motion to dismiss employer’s appeal for failure to post the required bond before the appeal was filed. The decision on the San Diego’s motion to dismiss is expected in two weeks.

In the December hearing, it was found out that San Diego rendered personal services and was given a flat rate of $2,000 in compensation per month based on an oral agreement despite being the only caregiver in charge of six clients on a 24-hour basis from September 21, 2011 to his termination on September 17, 2014.

Did all the work

As the lone caregiver, San Diego cleaned the rooms, cooked and prepared the food, did the laundry, prepared and gave medication to the clients, among other things that may be assigned.

Despite working hard, usually single-handedly, to the delight of his clients’ families and the employer’s own son, San Diego’s services were abruptly terminated without justifiable work-related cause.

“I felt so bad when I was terminated without any justifiable reason as I suddenly found no source of income that I regularly send to my family in the Philippines. I did all that is needed to be done six days a week and was given only less than a 12-hour off per week,” San Diego rued.

“I was told that the reason for my termination was that I had a quarrel with one of the clients’ relatives, but my employer refused let me talk to said relative to confirm. I suspect that I was eased out because I my working permit was still in the works, which may spell trouble my employer later.”

Lawyer Taguinod at first told San Diego that they could not do much on the termination as California is one of the states in the U.S. that presumes an AT WILL employment relationship, if there is no specific duration in the employment agreement whether written or verbal.

“This means an employee can be terminated without cause or reason, unless it is discriminatory e.g. age, gender, race, religion, color, disability, pregnancy, or because of union activity, or because the employee is not willing to do an illegal activity,” Taguinod explained.

But when told that San Diego was merely given a flat rate per month although he was a stay-in caregiver, Taguinod immediately saw this as a red flag and they started computing what San Diego was supposed to get after three years of work. This made San Diego all the more determined to sue his employer, which he did on September 14, 2014.

“Flat rate salaries are only applicable to a managerial position. These exemptions fall under three major groups: Executives, Administrators, and Professionals,” elaborated Taguinod.

“Those in the lower position should be paid on an hourly basis like San Diego, who, as a care giver, does not fall under any of these exemptions. Therefore, Mr. San Diego was entitled to receive an hourly wage subject to the overtime provisions.”

Taguinod added that although during his employment San Diego had no working visa or proper immigration documents, the defendant employer was fully aware of this and may have been the reason San Diego was taken advantage of.

Also the immigration status does not matter and may not be used as leverage by employers to scare employees, especially undocumented ones, who will potentially blow the whistle on their unfair labor practices.

At the same time, an employer should check/verify the immigration status of the worker to make sure the prospective workers are legally permitted/authorized to work by law. Employers would be in trouble of If they don’t do so.

“But the employer should know that the employee/s will blow the whistle on him and report the alleged labor abuse or has already filed the labor case before the labor department and/or court.” 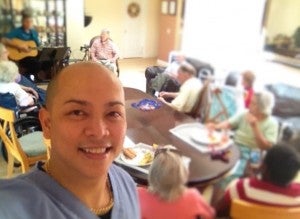 “I felt greatly relieved after the DLSE order was released as it was proven that claims by a mere caregiver like me were with true, with bases and not made up,” San Diego intimated.

“I hope those similarly situated who were and are still being victimized by their employers not to scared in coming out in the open and seek the help of fellow Filipinos who are ready to lend assistance. Also, approach only those competent reputable lawyers who are ready to help you,” he added.

In coming out with his story, San Diego also wishes to give erring employers lessons, to stop abusing their employees especially those undocumented and are susceptible to labor abuses.

“Let us give the employers, some of whom are fellow Filipinos, a wake-up call on the salaries they give, aside from the poor living and working condition they provide,” San Diego stated.

For his part, Taguinod maintained that although many care home owners are Filipino, only a few of them commit abuse.

“I hope that the San Diego case will discredit the myth many Filipinos believe that if the employers are non-Filipinos, they are safer and after they probably had traumatic experiences with employers who are fellow Filipinos. Determining abusive employers is not based on race,” Taguinod said.