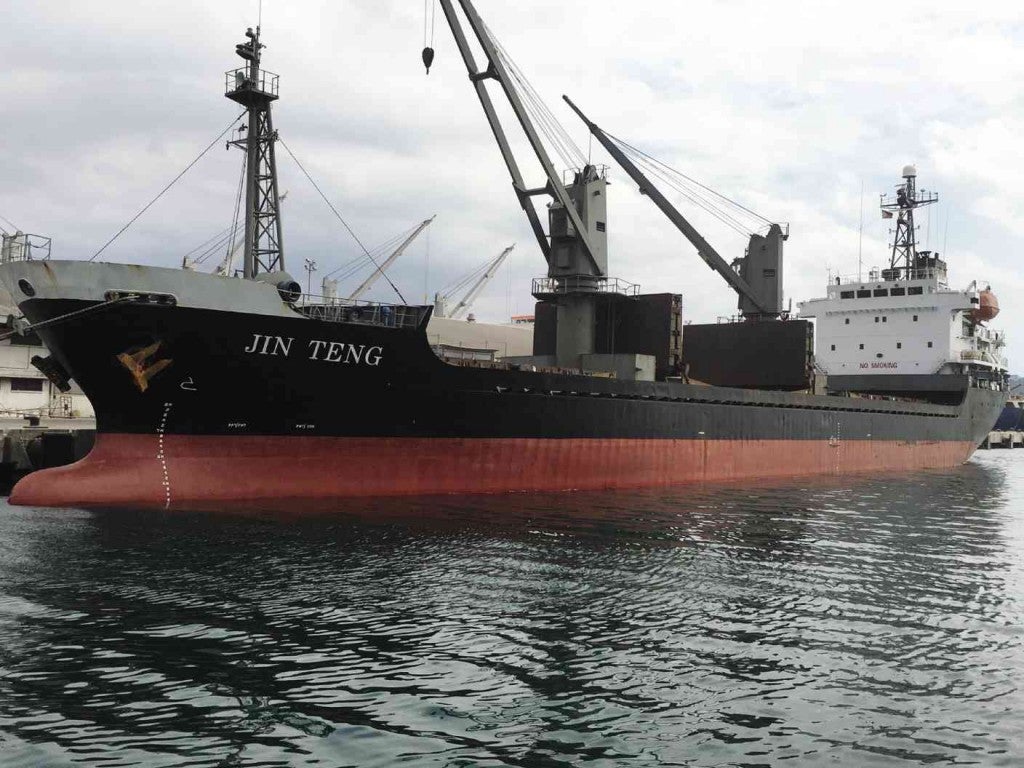 The Philippine coastguard said it was closely watching a North Korean vessel and its 21 crew members Sunday, as officials waited for a response from the United Nations days after the ship was seized in compliance with new sanctions.

The 6,830-ton cargo ship, the Jin Teng, is being held at Subic port, northeast of Manila, where the Philippine coastguard are guarding the freighter and monitoring its crew, said coastguard spokesman Commander Armand Balilo.

“We will probably keep it in Subic pending our request for guidance on its disposition,” he said.

The ship’s 21 North Korean crew members remain onboard but are otherwise not restricted, he told AFP.

“They are just on the ship. They are remaining there. They have provisions of their own. They won’t try to escape,” Balilo said, adding there was no need to provide them with any supplies yet.

Earlier this week, a government spokesman said the North Koreans would eventually be deported, but there has been no confirmation when that would take place.

The Philippines said Saturday authorities had impounded the vessel in accordance with fresh UN sanctions introduced in the wake of Pyongyang’s recent nuclear and ballistic missile tests.

It was the first reported enforcement of the sanctions, the toughest to date, which were adopted late Wednesday by the UN Security Council.

Balilo said the coastguard have inspected the ship twice, once using electronic sensors to search for weapons. However, no contraband has been found.

A team from the UN is expected to inspect the ship in Subic, a former United States naval base, foreign affairs spokesman Charles Jose said earlier.

The Jin Teng arrived in the Philippines from Palembang, Indonesia Thursday afternoon, just hours after the latest sanctions were unanimously passed.

In response to the UN’s move, Pyongyang fired six short-range missiles into the sea on Thursday, while North Korean leader Kim Jong-Un ordered its nuclear arsenal put on standby for pre-emptive use at any time.