Part of West PH Sea has long been ours, says Aquino 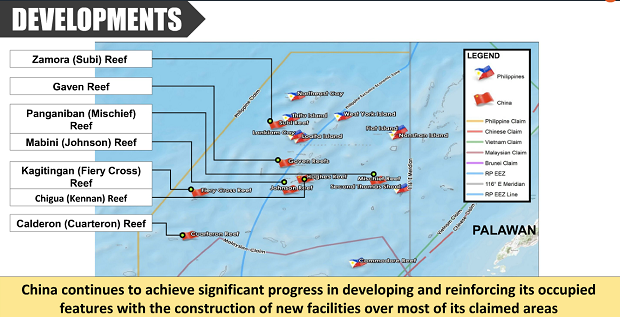 TAGBILARAN CITY, Philippines- President Benigno Aquino III on Wednesday reiterated that part of the disputed territory in the West Philippine Sea “has long been ours.”

The President, who flew here to woo voters to support his chosen successor, Mar Roxas, made the statement amid reports that Chinese vessels had anchored inside the known Philippine-controlled seawaters off Palawan.

“This has long been ours,” the President told his audience inside the packed Bohol Cultural Center.

Mr. Aquino also hit Roxas’ rivals who were quoted in the media as saying that they would pursue a negotiation with China to resolve the border conflict.

“While I’m defending our right against other nations in the West Philippine Sea, they said they will talk to our rivals. But I have been talking with them (China),” he said.

“My problem is when I talk to them, they will start by saying, ‘All these belong to us.’ What negotiation will we have if their view is ‘All of these are our so you should not enter,’” the President said. TVJ