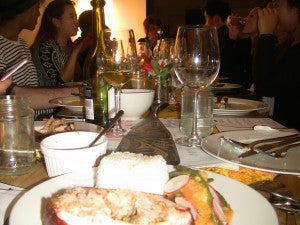 LONDON – South of the River Thames, in the heart of New Cross, I’m sitting in a living room with Mark and Mike Corbyn, two Filipino British brothers otherwise known as the culinary duo, The Adobros.

The Corbyn brothers, who were raised in Hong Kong and sent to boarding school in Sussex as teenagers, grew up flying between the UK and Asia. Their multicultural upbringing instilled in them a deep fondness for Asian food and ignited their desire to master Filipino dishes in particular.

In their mid-teens, after lamenting that their English boarding school chefs didn’t know how to cook rice – “[The rice] was always so dry,” says Mike – the brothers first learned how to make adobo and plain white rice under the guidance of their Filipina mother.

In November 2013, Mark and Mike finally decided to combine their well-honed cooking skills and passion for Filipino food into a “supper club” experience, a monthly series of intimate dinners hosted at their own shared apartment that allow curious foodies in London to explore the wonders of Philippine cuisine.

Three years later, The Adobros “supper club” is flourishing, with most, if not all, of their dinners being consistently fully booked by new and returning foodies eager to try out their newest twists on Filipino cuisine.

Earlier in the evening, I had accepted a kind invitation from the brothers to join a Saturday edition of the supper club at their open-plan New Cross apartment. When I arrived (40 minutes late, inevitably a mixture of severe jet-lag and Filipino timing), the atmosphere was chatty and relaxed, with the smell of Filipino cooking in the air. 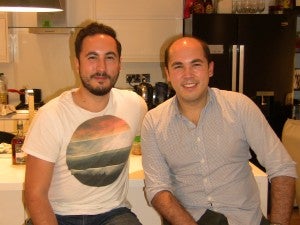 The Adobros: Mike and Mark Corbyn.

As eleven strangers talked at the dinner table, Mike and Mark flew around the kitchen, helped out by Mark’s Cebuano girlfriend. The brothers introduced themselves with friendly smiles before immediately serving me a calamansi-based cocktail and the first course, Adobo Chicken Wings, consisting of artfully arranged, succulent chicken wings coated in a delicious adobo sauce.

Following the adobo appetizer, the evening’s generous menu consisted of Lechon Porchetta, Guinataang Sitaw at Kalabasa, Steamed Rice, a palate-cleansing Pineapple Slushie, and a groundbreaking Calamansi Cheesecake with Strawberry Jam (inspired by the Good Shepherd conserve made in Baguio).

Fellow diners at the table, a mix of ethnicities including Costa Rican, Spanish and English, raved about the food throughout the dinner, which Mark and Mike appreciated with humble smiles.

As the evening wound down, with every dinner guest having left full, happy and satisfied, Mark and Mike relaxed, giving me the chance to learn more about their part-time-hobby- turned-passion, their experience of running The Adobros supper club so far, and the future food projects that they’ve planned for this year. 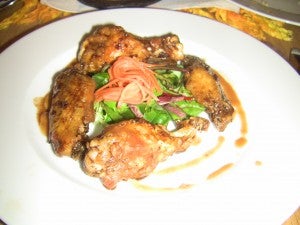 “Mum taught us both how to do rice and adobo properly, and that just piqued our interest in the fact that we could cook nice things for ourselves,” Mark recalled. “So we just started cooking more dishes and brought in friends as well. It was something they’ve never tasted before–adobo is quite unique.

The brothers don’t work as full-time chefs. But they’ve come a long way. “I look at old photos and cringe, like, Oh God, we served that? Oh no! It tasted good, but the presentation was so sloppy,” Mark said.

Calling themselves The Adobros was “the first and only idea we had. We hadn’t really solidified that we were going to do this properly yet. I was on a train back from a night out and was thinking, Ah, I could really do with some adobo. I wonder if Mark’s got any at home. He’s, like, my adobro,” Mike laughed.

WATCH: Mark and Mike Corbyn in action as The Adobros in the video below:

SIDEBAR: Learning since starting The Adobros in November 2013

Mark: We’ve been doing more pop-ups outside our flat, working with local cafes to serve one-off events for 30 to 40 people. At a catering event for 100 people, we learned how to wrap spring rolls, lumpia, pretty efficiently. We did pan de sal sliders with shredded adobo and a bistek tagalog wrapped in lettuce. People very much enjoyed it. I have a food blog which I update, a bit infrequently now, but one of my most visited posts back in 2013 was when I wrote about the Filipino food scene in London.

Mike: Over the course of doing supper club we’ve met other Filipinos who’ve done them, too, like Pepe’s Kitchen, Rex de Guzman who’s just finished his restaurant group with Luzon; some other vendors like Fili Shack, Barbecue Dreams. We tried to get everyone together for a brainstorm meeting and promote Filipino food to help each other out and share resources. We’ve got a few things in the works with them. 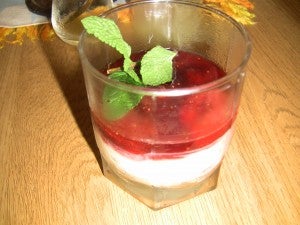 We’ve been to Barbecue Dreams, Lutong Pinoy, Pepe’s Kitchen. Pepe’s is actually how we got started. When we went our separate ways, I said to Mark, “We like cooking, we can cook Filipino food, let’s give it a shot! We’ve been pretty much sold out since we started.

Mark: In terms of brick and mortar restaurants, there hasn’t been much movement just yet. I guess more of the younger generation type tapping into this whole trend at the moment with pop-ups and stalls, something cheaper and that appeals to people interested in exploring new and different foods. There’s a hunger. Non-Filipinos who enjoy the food definitely want to try out more of the dishes. Some guests have been several times now; they really enjoy exploring Filipino food with us. For the most part, it’s been strangers.

Mike: The thing that surprised me the most is that guests are probably half Filipinos and half British people. I thought it would be ten percent Pinoy and massively skewed towards the Brits, but we’ve had tons of Filipinos come and say, “Oh, I’ve been looking for really good homecooking” and it’s been great. 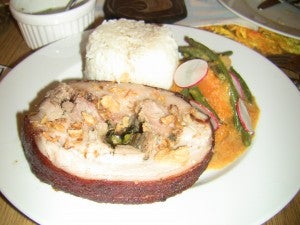 I tried some traditional recipes and the sauces can be a bit bland, despite the bagoong. With the supperclub, I thought the Brits might think, “Oh, fermented shrimp paste? Hmmm, don’t really want to have that…” so I changed the sauce to have bagoong incorporated in it from the start. It’s just experimentation and seeing what you like.

Mark: When I did lechon kawali earlier this year, I did an espuma (foam) with Mang Tomas sauce. It turned out pretty well. We do take inspiration from restaurants pushing boundaries.

Mike: Earl’s Court, Chinatown, they sell a lot of Filipino products. We have a constant supply of Datu Puti soy sauce and vinegar. We always buy in bulk. Sometimes Tesco’s have Filipino stuff in their world food section! They’ve got Mama Sita packet sauces and bagoong, banana ketchup.

One of my favourite lazy meals is spam-rice. Everyone balks at it. But I’ve made it for so many English friends they’re convinced now that it’s amazing. Kare-kare is another favourite. I do miss ube ice cream. Mark makes his own macapuno ice cream. It goes with the mango cake we do.

Mark: I do always enjoy a good leche flan. Nobody here sells good ube ice cream. Sometimes when people cut into sans rival mixed with ube, people here are like, “Why is it purple? There’s purple fruit? What?” [laughs]

I think the social experience that goes with Filipino food. It’s not something we’ve been brought up to just eat by ourselves.

Mike: We get to meet so many new people. It’s like having a good night out, but we’re at home. The only downside is the washing up.

The Adobros always post new supper club dates on their website, www.theadobros.com. Prices are around £30, and vegetarian options are available upon request.