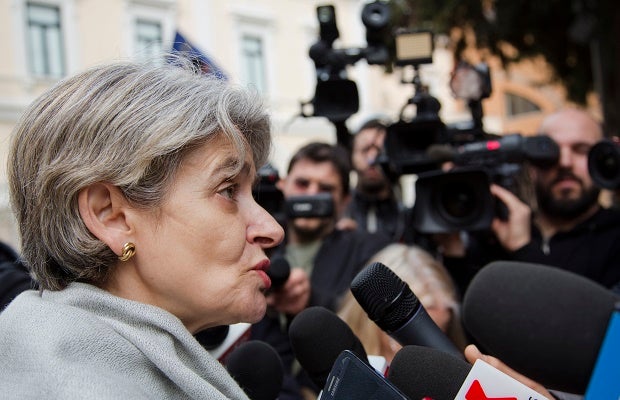 The head of the United Nations Educational, Scientific, and Cultural Organization (Unesco) has condemned the killing of radio broadcaster Elvin Ordaniza, a vocal critic against the proliferation of prohibited drugs and illegal gambling in Zamboanga del Sur, last February 16.

“I condemn the killing of Elvis Ordaniza,” said Unesco director-general Irina Bokova in a statement issued on Wednesday.

“Journalists must be able to carry out their work in reasonably safe conditions, which is why I urge the authorities to spare no effort in bringing its perpetrators to justice,” she said.

Ordaniza was shot by a lone gunman at around 7:10 p.m. in his home at Purok Bagong Silang in the village of Poblacion, Pitogo town.

He was rushed to a hospital but was pronounced dead-on-arrival. Empty shells of a caliber .45 pistol were found at the crime scene.

The 49-year-old radio broadcaster has a public affairs program in dxWO Power 99 FM based in Pagadian City where he was critical against the illegal gambling and prohibited drug trade in the province.

The Unesco issues a statement on the killings of journalists in line with  Resolution 29 or the “Condemnation of Violence against Journalists” adopted by Unesco Member States at the Organization’s General Conference of 1997. CDG

READ: PH under fire for unsolved killing of journalists