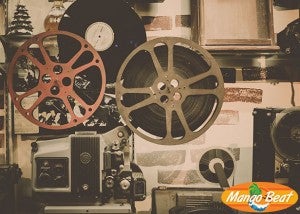 Everybody knows that travel is an exciting prospect. There’s a sense of excitement and mystery in going to places you may not have been to. Filipinos are well aware of this fact, which is why it is often one of the main focuses of their films.

The subject of a travel can sometimes add a little spice (usually romantic) to a story, putting characters in situations that may be difficult but engaging. Here are some of the most noteworthy Filipino films that have engaging stories of travel in them:

This movie gives you some great reasons why Filipinos want to go to Batanes. With amazing views and shots of the locals and tourist spots, the audience is given a quick peek at this Philippine province. Georgina, an airline executive who struggles in convincing her client, forces Pong, her assistant, to play the part of her boss who’s away. It’s a comedic power play where the boss becomes the bossed and romance blossoms from adversity.

This movie stars Angelica Panganiban as Mace Castillo, a woman having trouble getting her baggage to fit the weight limit on a plane going home. She is rescued by Anthony Lagdameo, played by JM de Guzman, who offers to take care of some of her luggage. They both become good friends and decide to travel together to answer the question “Where do broken hearts go?” The movie is set in Baguio, one of the coolest of Philippine cities.

Don’t Give Up On Us Baby

Abby (Judy Ann Santos) is searching for her friend who has left nothing but a tape recording as a clue. In the Summer Capital of the Philippines, Baguio, while following the only lead she has, she meets Vince (Piolo Pascual). As the two travel together through the majestic, mountainous north where the beautiful Sagada, Benguet and Mountain Province are, love starts to find its way through their hearts.

A story of one-sided love and chasing the past. Manuel (John Lloyd Cruz) has feelings for his childhood friend Marian (Bea Alonzo) while Marian has been in love with Lance (Sam Milby) for so long. When Lance’s band comes to the Philippines, Marian asks Manuel to accompany her on a journey towards love. Lance’s band makes its way across locations like the Chocolate Hills and Loboc River in Bohol.

Set in 1898, the movie is set in Baler where a band of Spanish soldiers heroically defends the town against Filipino forces for close to a whole year. The story focuses on a forbidden love between a soldier played by Jericho Rosales and a young Filipino woman, portrayed by Anne Curtis. The sets really give the calm and serene Baler an old-timey feel.

Forever and A Day

Eugene (Sam Milby) is a guy trying to get away from his problems at work by traveling. Through his journeys he meets Raffy (KC Concepcion), a girl who helps him learn to live life to the fullest. Eventually falling for her, he shares his feelings but she starts to push him away. Can Eugene find a way to make a love that might not last work? The movie is shot in beautiful locations across Cagayan De Oro, Bukidnon, Antipolo and Iligan City.

Mango Tours is a provider of quality, affordable and convenient travel services that include low-priced airline tickets, customized Philippine and International Tour Packages, Cruises, Land Transfers, and more.Visit www.mangotours.com to know more about its latest promos and travel offers.

TAGS: “That Thing Called Tadhana, Baler, Close to You, Don’t Give Up On Us Baby, Filipino movies with travel themes, Forever and a Day, Mango Tours, You’re My Boss