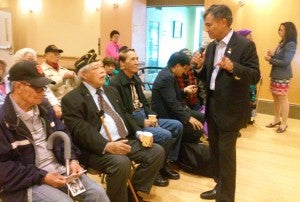 U.S. Army Major General Antonio Taguba (ret.) said that while the critical aspect of Assembly Bill 199 is to develop a curriculum for 11th graders on the Filipino-American (Fil-Am) WWII experience, It also has a crucial role in giving an update on the Filipino Veterans Recognition and Education Project (FVREP), a nonpartisan, community-based, all-volunteer national initiative.

“The FVREP mission is to raise awareness through academic research and public information and obtain national recognition of Filipino and Filipino-American WWII Soldiers across the United States and Philippines for their wartime service to the U.S. and the Philippines from July 1941 to December 1946 whose mission is to seek the Congressional Gold Medal for the Veterans,” Taguba explained.

In its information briefs, FVREP urged supporters to “unify our community and accomplish this mission. Our veterans deserve national recognition from the U.S. Congress.”

Taguba stressed: “My point is for the development of a Veterans Heritage and Education Center in San Francisco that would be publicly and government supported, with access for students and adults alike principally focused on education and public awareness. It’s a legacy project which the Fil-Am community must endeavor for generations to come. Our community is more focused on social events with minimal impact on solid and enduring purpose of representation.” 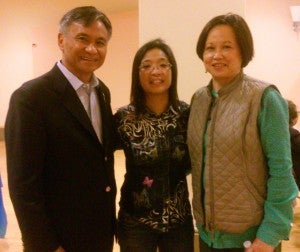 “Our mission is to honor all of them. And beyond that, particularly with these veterans building issue, I want to honor anybody who had put on the uniform from World War I and II, those from wars in Korea. Vietnam, Iraq, Afghanistan, among others. We need to focus on the Bataan and Corregidor troops although that is great too but we have to be all-inclusive. Give honor to where it is due,” Cordoba believes.

Cordoba revealed that many veterans of the Vietnam, Iraq and Afghanistan wars are homeless now because they were not given much attention by the government. Filipino veterans of WWII were not really given all that was due them,

San Francisco Filipino Veterans Equity Center Board President Atty. Lourdes Tancinco found it confusing and misleading that in the reopening ceremony, all that was mentioned is the Filipino Veterans Education Center and nothing was heard about the historic Room 126, also known as the Brigadier General Carlos P. Romulo Room, which was temporarily closed during the renovation of the War Memorial Veterans Building.

“It is quite disheartening to read that the name Brig. Gen. Romulo Room was not mentioned … Room 126 or the Brigadier General Carlos P. Romulo Room was opened as a repository of memorabilia of the heroic memory of Brig. Gen. Romulo who visited Room 126 in 1945 during the signing of the Charter of the United Nations at the War Memorial Veterans Building,” Tancinco complained.

She said further: “Room 126 has been assigned for use by Filipino American veterans since April 23, 1945 when General Romulo met with the American defenders of Bataan, most of who were Bataan Death March survivors. The significance of the Brig. Gen. Romulo Room cannot be understated,” Tancinco maintained.

Tancinco added that if indeed Room 126 has been re-opened under the name Filipino Veterans Education Center by the American Legion Bataan Post 600 headed by Mr. (Rudy) Asercion, then the message should be clear that this center is a physical space, and should not be confused with the Veterans Equity Center, also known as VEC.

“The Veterans Equity Center is a 16-year-old non-profit service agency, similarly located in San Francisco, which has been providing community advocacy and social services to Filipino World War II veterans and their families since 1999. 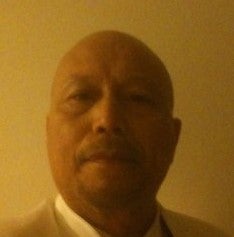 “As a community leader, we try to be clear on what our agency’s name and mission are so that we stay effective in our role as service providers,” disclosed Tancinco. “It is my hope that they re-consider the project’s name but then, be that as it may, my respect goes to the founders of the Veterans Education Center and I look forward to working and collaborating with them in serving the interests of the Filipino World War II veterans and the community.”

“There is still a lot of work ahead before any implementation of AB199 can take place.  The curriculum framework revision is a multi-year ten-step process.  We are currently on the 9th step which is the public review of the draft framework and based on the comments, the final version will be prepared by the Instructional Quality Commission (IQC) for approval by the members of the State Board of Education,” explained Gaerlan.

She continued that after the approval, the California Department of Education only issues the curriculum framework and not the actual curriculum. In anticipation of this, BLHS is beginning to create a sample curriculum templates that can be used by all the school districts in California.

“Superintendent Torlakson has been quite supportive. And as the latest draft (January and February) is now under review, major points still need to be addressed as it is important that the framework will reflect an accurate portrayal of history,” Gaerlan declared.