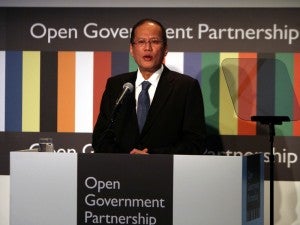 The President goes on a three-day trip to Japan this morning to attract more investors with promises of transparent governance and a level playing field.

Trade officials are upbeat he would bring home some $1 billion in fresh investments from a country that historically has been one of the Philippines’ biggest economic partners and aid donors.

“In the area of investments, Japan continues to be one of our biggest investors, if not the biggest investor,” said Mauino Haresco, commercial counselor of the Philippine Embassy here.

The President took a low-key trip to Japan in August to meet with Murad Ebrahim, chair of the Moro Islamic Liberation Front, in an effort to boost on-and-off peace negotiations with the secessionist Muslim group.

The President will present his administration’s socioeconomic policy at the Philippine Economic Forum at 2:45 p.m. He will also sit down with officials of the Japan-Philippines Economic Cooperation Committee and the Japan and Tokyo Chamber of Commerce & Industry.

According to Haresco, the investment package on the table includes a flower export deal possibly taking off in March next year and tapping the $7-billion Japanese market. At least one Japanese company will be entering into a joint venture agreement with Filipino farmers based in Mindanao, he said.

Haresco said the Philippines could also venture into Japan’s thriving okra industry, but said potential exporters must be conscious of the Japanese preference for okras that are only an inch and a half in length. They also like to eat the vegetable raw, he noted.

“If it grows more than that, (for them) it’s not okra anymore and they will not eat it,” the official explained.

Haresco also said a Japanese company would soon make a “big announcement” concerning the Philippines being a major manufacturing center for smart phones. “It’s going to be the biggest platform of this particular company outside of Japan,” he said.

A Japanese car company would soon expand production and tap the Philippines as a major collaborator, while another investment would be in the energy sector, he added.

“In fact, Japanese companies have brought bidding documents for the coming PPP (public-private sector partnership) projects announced by the Philippines,” he said.

“When it’s very cold in Japan during winter time, that’s when they get sick, high blood pressure and all,” he said. “We are just four hours away. They can immediately come to the Philippines. It’s affordable.”

“They could stay with us for three nights, four days or (up to) a week,” he said. “These people have more time (for leisure), and I think our country is the best place for them.”

Of the current Japanese population of 127 million, 23 percent are said to be 65 years old and above.