Kin of OFWs killed in Iraq fire assured of aid 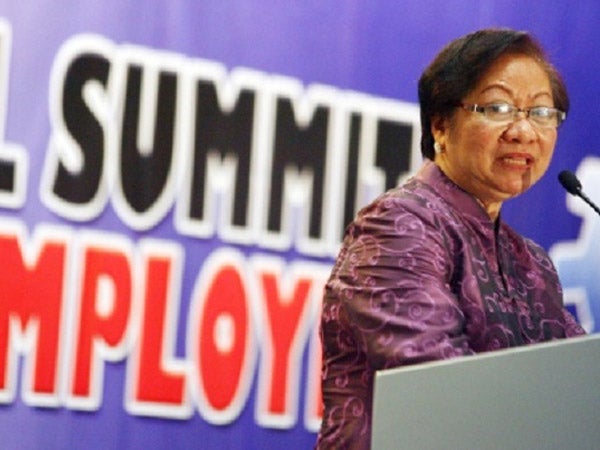 LABOR Secretary Rosalinda Baldoz has directed the Overseas Workers Welfare Administration (Owwa) to facilitate the release of the death benefits and other assistance due the families of the 13 overseas Filipino workers (OFWs) killed in last week’s fire at Capitol Hotel in Kurdistan, Iraq.

In a statement, Baldoz Tuesday said “my heart goes out to the deceased OFWs who died in a foreign land and also to their families.”

The Owwa—a Department of Labor and Employment-attached agency—“must provide the families assistance to help assuage their sorrow over the death of their loved ones,” Baldoz said.

Baldoz, who chairs the Owwa Board of Trustees, said they would “make sure the families of the OFWs would be able to collect the benefits due them, including insurance and unpaid wages from their employers.”

She instructed the Owwa to “coordinate with the Department of Foreign Affairs in the identification of the victims, particularly those who were Owwa members, and set in motion the welfare assistance due them.”

Heirs of Owwa members who die in accidents are entitled to P200,000 in death benefit, while those who die of natural causes get P100,000. They are entitled to an additional P20,000 for funeral expenses.

Owwa members’ dependents may also avail themselves of elementary and secondary education subsidies, scholarships in state colleges and universities, and livelihood programs.

On the other hand, families of non-Owwa members may avail themselves of a package of assistance from the National Reintegration Center for OFWs.

The 13 Filipinos were among 19 persons killed in the Capitol Hotel fire, which reportedly started in the basement where the spa the Filipinos worked at was located.

Baldoz said the Owwa was working with the DFA on the repatriation of the victims’ bodies.

“It will be shouldered by their employer. If the employer fails to do so, the Owwa will shoulder the repatriation,” she added.

Meanwhile, on the recent earthquake in Taiwan, Baldoz said the Philippine labor center in Taipei was providing assistance to the seven OFWs who were injured in the 6.4-magnitude earthquake that hit Tainan City.

“Four of the seven OFWs have been released from hospital and have established communication with their families in the Philippines,” she said.

Read Next
Felled by stroke, Filipino TFW faces deportation from Canada
EDITORS' PICK
Complete your early Christmas shopping with vivo V25 Series
The vivo Y16 makes the season of giving more thoughtful for the whole family
What’s in a name? ‘Maharlika’ evokes time of mythmaking
House energy committee chair Arroyo bats for cheap electricity
Easterlies to bring rain in PH on Sunday — Pagasa
China’s Xi unwilling to accept vaccines despite threat from protests — US intel
MOST READ
Maxene Magalona sees separation from Rob Mananquil as ‘blessing in disguise’: ‘There’s no more anger’
Are we ready for a sovereign wealth fund?
SC sets 2023 Bar exams on Sept. 17, 20, 24
What’s in a name? ‘Maharlika’ evokes time of mythmaking
Don't miss out on the latest news and information.