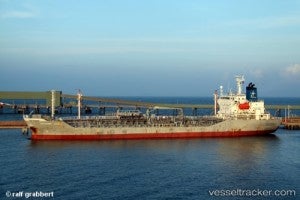 LAGOS, Nigeria–The crew of an oil tanker hijacked in Nigerian waters is from Russia, Georgia and the Philippines and is probably being held hostage for ransom, a shipping security expert said Thursday, February 4.

Claims the Greek-owned MT Leon Dias was boarded last week by separatists espousing an independent state of Biafra in southeast Nigeria likely is a cover to lend legitimacy to a kidnapping for ransom, Dirk Steffen, the maritime security director of Denmark-based Risk Intelligence, told The Associated Press.

The hijackers abandoned the ship Sunday and took five hostages with them, he said, including the Filipino captain and third engineer, the Russian chief engineer and electrician and a fitter from Georgia.

A man who identified himself by the nom-de-guerre General Ben — similar to titles used by Niger Delta oil militants — had threatened to blow up the ship with its crew if authorities did not release Nnamdi Kanu, the director of the banned Radio Biafra detained since Oct. 17 and accused of terrorism. The two main separatist groups have denied involvement in the hijacking.

Nigeria’s navy said Wednesday the ship is now off the coast of Cotonou, the commercial capital of neighboring Benin, guarded by that country’s navy.

Nigeria’s government has made no comment on the hijacking, which comes amid renewed attacks on oil and gas installations in the southern Niger Delta believed carried out by militants demanding a bigger share of revenue for southern states polluted by petroleum production.

Militants have threatened new attacks if the government does not fully support an amnesty program that in 2009 halted conflict that was killing 1,000 people a year and had reduced the output of Africa’s biggest oil producer by 40 percent. Security forces said Wednesday they have arrested some suspects in the sabotage, but did not say how many.