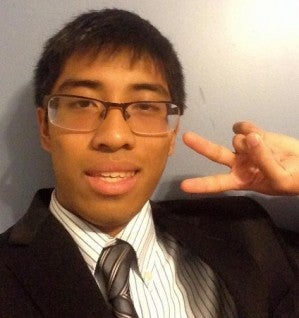 The missing John Fernandez is described as a “socially awkward” individual who is “very bright.”

NEW YORK CITY–John Fernandez, the Seton Hall student who has been missing since December 13, 2015, had been the victim of bullying from high school all the way to college, according to his mother Ninia Fernandez.

John – also called JP by family and close friends – was reported missing by Patch.com, quoting Middletown, New Jersey police. He was described in the news report as “Filipino male, 5’10 with a thin build, and black hair.”

Ninia described John – the third of four children – as a “socially awkward” individual who is “very bright,” and loves to read manga comic books. He is a Seton Hall scholar, majoring in Accounting, and is due to graduate in May of this year.

The day he went missing, the family found a six-page suicide letter hidden inside a stuffed eagle toy. In it he wrote about wanting to end his life because he felt “inadequate with amazing people.”

It is not clear to the Fernandez family who John was referring to, but they could only go by what they have observed in him: How he was bullied at Middletown High School North and came home with his shirt torn and spat on; how he appeared to have become disconnected with his older brother since he got married; and how has remained mostly by himself while his siblings have their own social lives.

The Fernandez family (from left): Kelly and wife Ninia with their children Jonah, Kelly, John and Cindy. 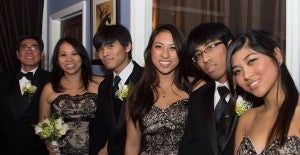 The Fernandez family (from left): Kelly and wife Ninia with their children Jonah, Kelly, John and Cindy.

The morning of December 13 when John went missing, the family thought he simply went out jogging on his usual route on the east side of Middletown. The night before, he was looking for an iPad cable. “We thought he was preparing for his jog and would bring his iPad for music,” she said.

Ninia went to John’s room and saw it was neat and all the books to be returned were in one place ready to be shipped to the rental store. She continued to prepare the family’s lunch of ‘lomi,’ and still no signs of her son. Her daughters said for her to “leave him alone, he’s 22 years old.” The mother in Ninia sensed something troubling and decided to cancel her hair appointment that day. The police was called.

The initial search led them to John’s suicide note. His cell phone was found inside a Ziploc bag on the side of a road.

“My son left everything behind. He said he would end his life in a high place somewhere in the woods,” said Ninia. “The police did not find any body in the woods.”

It’s been more than a month since John disappeared, and the police have found no body everywhere they looked. The police did a helicopter search around Natco Lake, a fishing site in Monmouth County, and found no signs of him.

“The police are wondering, if it’s suicide where is the body?” said Ninia.

The investigation has remained focused on the suicide angle. Ninia said she and her husband Kelly, an auto mechanic, do not know what else to think.

“Walang araw na hindi ako lumuluha,” she said. “Isang galong luha na yata ang iniyak ko.” (Not a day goes by without me crying. I must have cried a gallon of tears.)

She and her husband remain hopeful that John will be found. “As a mother, what are you supposed to think?”

Read Next
$1M in PG&E scholarships available to SF Bay Area students
EDITORS' PICK
Omicron variant detected in more countries as scientists race to find answers
Gov’t plans to open COVID-19 vaccination for 5- to 11-yr-olds by January 2022
A delightful blessing!
Villar Group gears up for AllValue Shopping Party on Dec. 3; around P 1-million promos and discounts up for grabs
Legarda: Ending Violence Against Women, a cause for all
Gov’t eyeing COVID-19 vaccine booster for essential workers, indigents by Dec. 10
MOST READ
Quiboloy warns of ‘much worse than Omicron virus’ if his ‘persecution’ is not stopped
Marcoleta defends pol ads on ABS-CBN
MMDA: Number coding during afternoon rush hours back this week
PH updates ‘red list,’ travel ban imposed on 7 more countries
Don't miss out on the latest news and information.