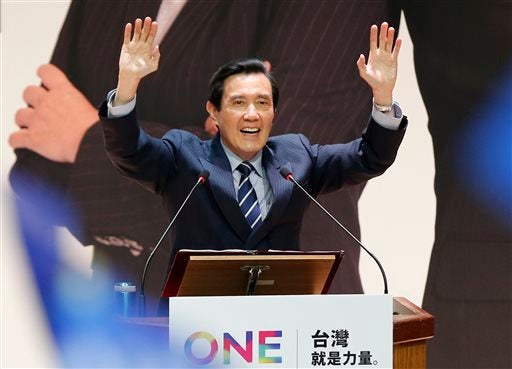 The Philippines on Thursday asked Taiwan to avoid actions that will spark tension in the region after Taiwan’s President Ma Ying­jeou flew to a contested island in the South China Sea.

“We remind all parties concerned of our shared responsibility to refrain from actions that can increase tension in the South China Sea,” Department of Foreign Affairs Assistant Secretary Charles Jose said in a text message.

Jose gave the statement when asked for his reaction to the visit of Taiwan’s president to Taiping island, also known as Itu Aba.

Itu Aba is regarded by Manila as within the West Philippine Sea, which also includes the Luzon Sea and the sea around Scarborough Shoal.

The United States earlier criticized the action of Ma. US Department of State spokesperson Mark Toner said Washington was disappointed by Ma’s plan to travel to the Taiping as it could exacerbate tensions in the South China Sea.

Read Next
PAL set to fly to Saipan
EDITORS' PICK
Smart poised to turn PH into ‘Smart 5G country’ with nationwide rollout
New Vatican ambassador to PH named
We don’t want gov’t to fail, because it’s all of us who will suffer and die — Robredo
Duterte keeps Metro Manila under GCQ for entire October
Get 80% OFF Ignite 2020 Cyber Tickets starting 28 September
Water remains our saving grace right now
MOST READ
Duterte keeps Metro Manila under GCQ for entire October
Fernandez: Velasco camp ‘betrayal’ pushes call to retain Cayetano as Speaker
Palace: Some cities in Metro Manila eligible for MGCQ
Mayor Treñas tells Locsin: Iloilo City is much better than what you think
Don't miss out on the latest news and information.