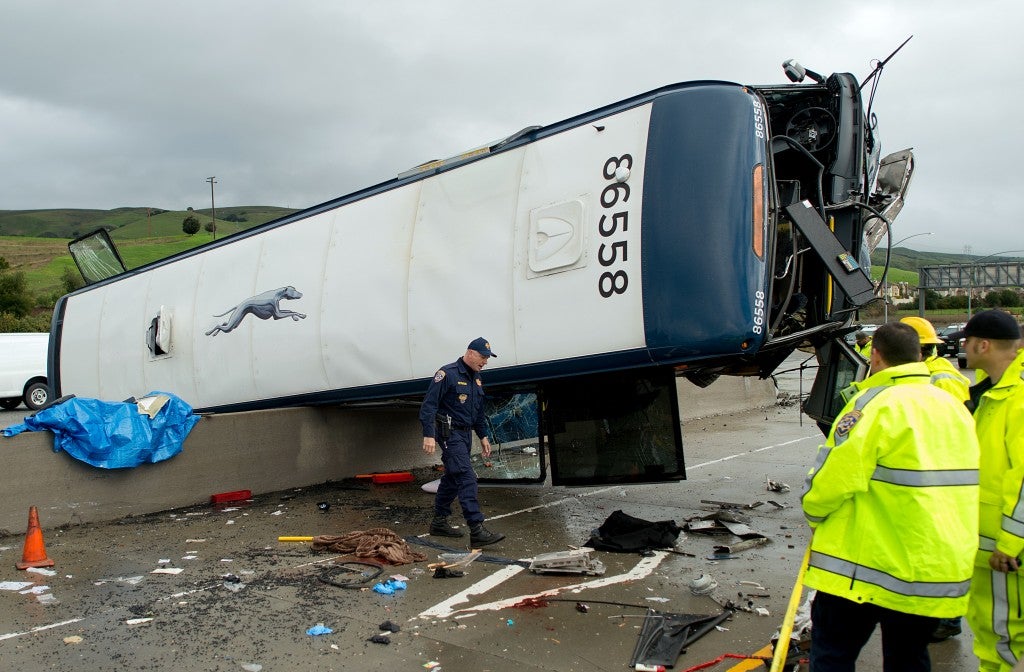 A California Highway Patrol investigator examines the scene of a fatal Greyhound bus crash on Tuesday, Jan. 19, in San Jose, Calif. The bus flipped on its side while traveling north on Highway 101, according to the San Jose Fire Department. AP

SAN FRANCISCO—One of two women killed when a Greyhound bus overturned on a California highway had recently moved to the United States from the Philippines to be close to her three sons, a family member said.

Authorities have not released the identity of the victims. But Antonio Olivera said he was notified by the Santa Clara County coroner’s office that his 51-year-old mother, Fely Olivera, died in Tuesday’s crash. The coroner’s office couldn’t be reached for comment.

Authorities said the bus driver told investigators he was fatigued before the vehicle hit safety barrels on a highway and flipped on its side, killing the two women and sending at least eight other people to the hospital, authorities said.