Analyst: Southeast Asian fighters of ISIS may regroup in PH 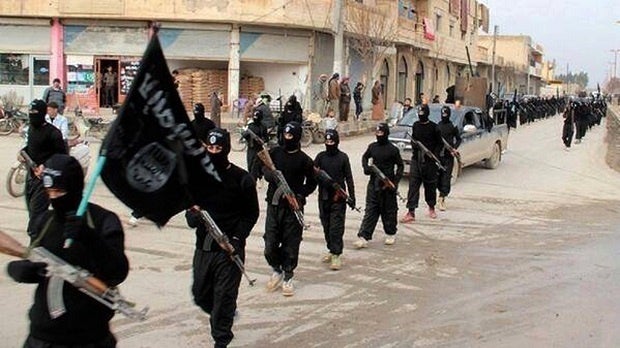 A security analyst warned of the serious implications of Southeast Asian fighters of the Islamic State of Iraq and Syria (ISIS) located in Iraq and Syria who are poised to return to their home countries in the future.

Jasminder Singh, a senior analyst of the S. Rajaratnam School of International Studies (RSIS) in Nanyang Technological University in Singapore, said in the RSIS publication this week that there is a possibility of these combatants to regroup in the Philippines.

To date, there are more than 1,000 Southeast Asian fighters of the ISIS in Iraq and Syria, with 2,000 to 3,000 camp followers. Majority of these Southeast Asian combatants are from Indonesia and Malaysia. Thailand, Philippines and a possibility of Myanmar are also represented, Singh wrote.

However, Philippine authorities have never confirmed if there are Filipino fighters of the ISIS in Iraq and Syria.

There are also videos of armed groups in the Philippines pledging their allegiance to the ISIS, however, the military has dismissed these as propaganda.

One of the dangers that these returnees will do, once they are back home, Singh said, is to regroup in the Philippines.

Singh said these fighters may regroup with old jihadi networks such as the Jemaah Islamiyah in Indonesia and the Moro Islamic Liberation Front and Abu Sayyaf in the Philippines.

Furthermore, they could “resume violence and sectarian conflict in Indonesia and other parts of Southeast Asia.”

It is also possible that they will target foreigners in the region, including foreign embassies and busy districts with economic and political interests such as hotels and shopping malls.

The ISIS fighters have been returning home “due to disillusionment of with ISIS.”

“For them the dream of an Islamic paradise was shattered by the brutalities and atrocities they witnessed, especially the beheadings and wanton killings of civilian Muslims, Shias and Sunnis alike,” Singh said.

“The danger posed by the ‘Daesh Alumni’ (as ISIS-linked militants are also referred to) and returnees is real and this should be addressed head-on to prevent these ideological and battle-harderned individuals from causing damage to their respective societies,” Singh said.

He added that many of these Southeast Asian fighters expected glamorous jobs, however, they were only given menials tasks.

This danger posed by the returnees is real and should be addressed head-on, Singh said.

Defeating the ISIS in the region must be an Association of Southeast Asian Nations-wide effort.

“It has become clear that no one state can manage the threat posed by IS (or ISIS). It will require regional and international cooperation, including the need to get assistance from Turkey and Iraq to send captured local fighters back for charges,” Singh said.

“To begin with, states would need strong legislations to criminalize citizens fighting for terrorist groups, involvement in war or military operations other than for national purpose, and even pledging of loyalty to another state an act of betrayal and crime,” he added. RAM