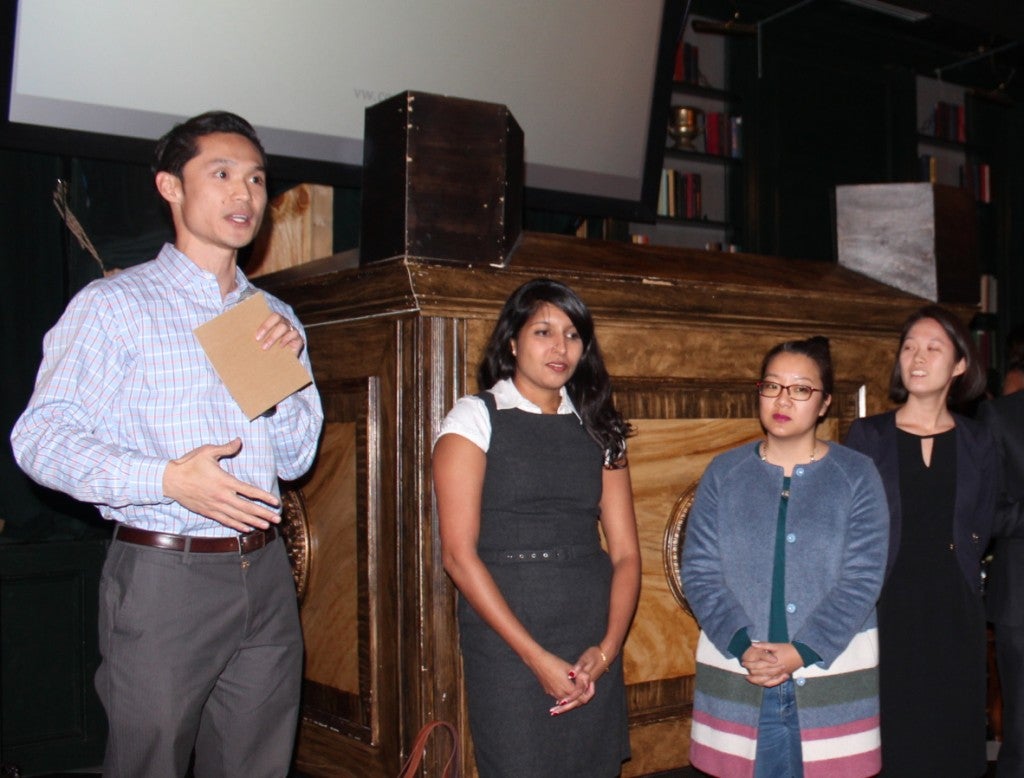 WASHINGTON, D.C.–Threats of snow January 12  did not stop more than a hundred Asian American Pacific Islander activists from cramming into the Capitale, a downtown bar a few blocks from the White House, which has served as gathering place for progressives, policy wonks and young professionals during the Obama years.

That’s where the action was for a State of the Union watch party, and it reeked of nostalgia, melancholy and pride.

Organized by KAYA: Filipinos Americans for Progress, along with other AAPI advocacy groups, the event brought together many Obama supporters who campaigned for him when he ran for president in 2007.

Responding to his call for “Change We Can Believe In,” these 30-something believers – who had grown up politically with Obama – made phone calls, pounded pavements and knocked on doors for a candidate they say resembled them.

“He is one of our own,” says KAYA Program Director Marita Etcubanez, who joined “Filipinos for Obama” (FFO) after it was formed in 2007 to register young voters and get them out to vote.

She added: “His campaign excited me because he can relate to us – to people of color, the disenfranchised. He is for building a more inclusive America, one that values all our contributions regardless of who we are and where we came from. He gets it, that’s why we rallied around him.” 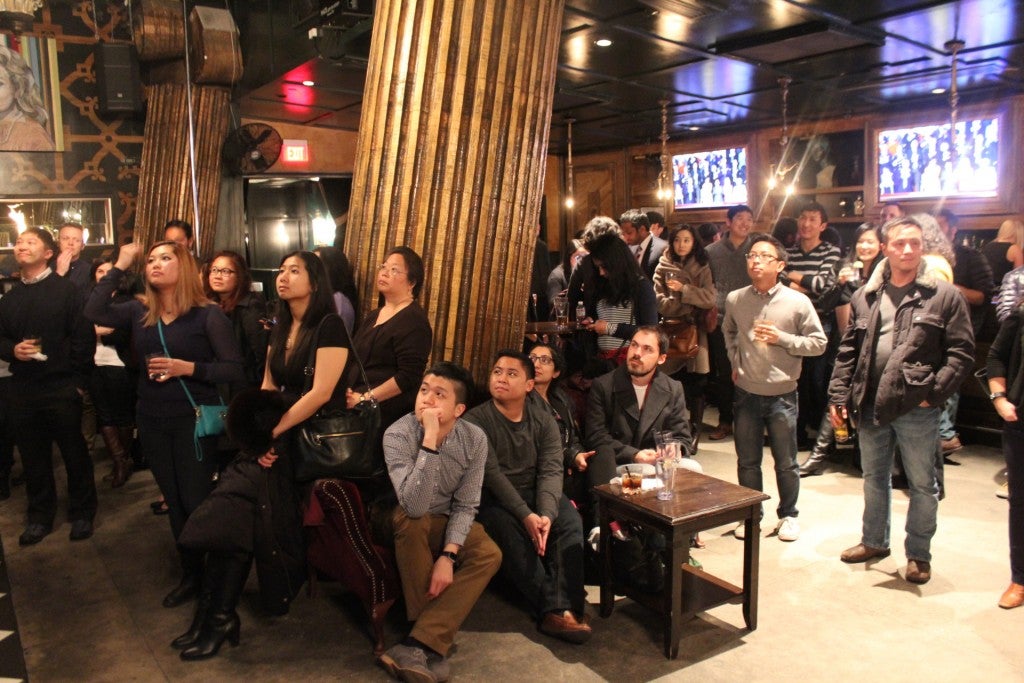 FFO later transitioned into KAYA, a political mobilization organization with chapters all over the U.S. “Kaya Natin” in Pilipino translates to “Yes, We Can!” one of Obama’s campaign slogans.

End of an Era

Etcubanez, who was signing in guests to the watch party, later admitted she was “sad” that an era has come to an end. At the same time she remains hopeful his successor will build on his accomplishments.

“The revolution that was promised turned out to be unrealistic,” she recalls. “Congress was a barrier to his big initiatives, like immigration reform. The courts also stymied his efforts to use executive action. Still, he did his best with the hand he was dealt with.”

Huddled in one corner nursing their drinks while waiting for the president’s address were members of the DC-based Filipino Young Professionals (FYP): Ryan Namata, Mark Arevalo and Arlene Fetizanan. They all talked with pride about Obama’s accomplishments and initiatives, from Obamacare to climate change.

“After eight years of Bush, Obama’s vision for America inspired me to get even more politically involved,” says Namata, who majored in economics at the University of Maryland and currently works for the Society of Human Resource Management.He is also the president of the National Association of Asian American Professionals (NAAAP). “I give him lots of credit for job growth and our country’s economic recovery.” Namata, 38, has been voting in local and national elections since he turned 18. 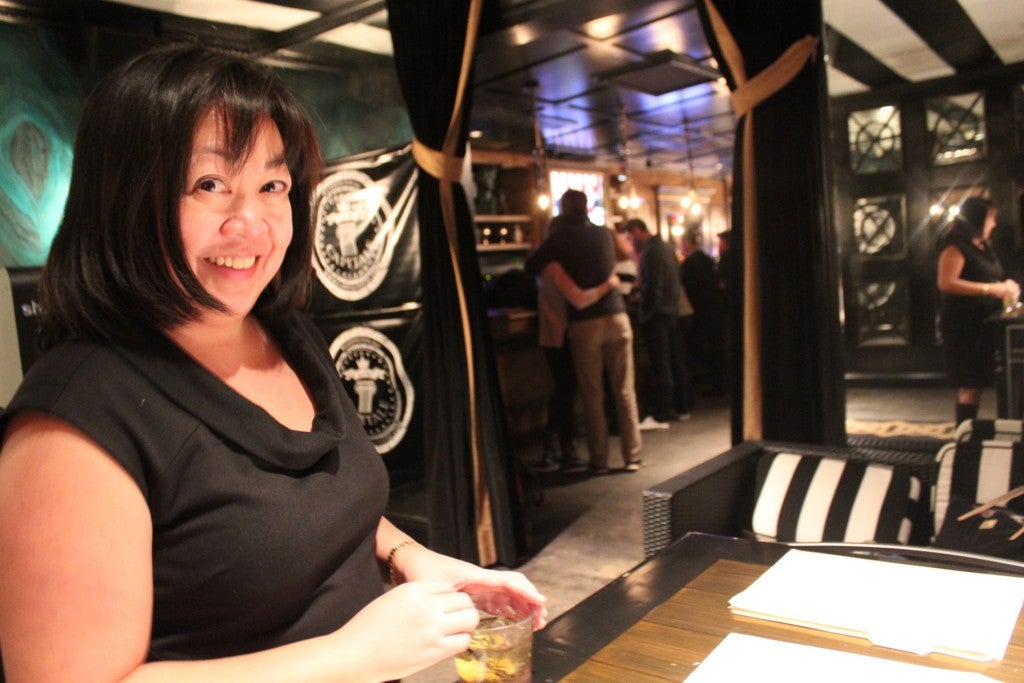 Marita Etcubanez, a policy analyst and KAYA program director, waits for watch party guests to sign in. She said she was “sad” to see the end of an era.

For an hour, they joined others cheer for the President, applauding his sunny and confident assessment that “the state of our union is strong.”

At the end of the president’s speech, the bar erupted with applause. Arevalo, who is currently in the U.S. Navy Reserve, especially likes what the President said about how the world looks to Washington, not to Beijing and Moscow, for leadership and assistance.

“Despite what the fear mongers are saying, I feel very optimistic about our security and our country’s future,” he said. Adds Fetizanan, a fellow at the U.S. Department of Energy: “The future is for us to grab. Obama laid a vision for our generation that is hopeful and reassuring.”

Both Arevalo and Fetizanan said they were attracted to government service in large part to Obama’s inspiring call to serve.

Force to be reckoned with

Romeo Ymalay, KAYA National co-chair, served as emcee for the evening and recalled how their efforts in 2007 and 2008 bucked the trend of low turnout among the youth, with voter participation doubling and tripling in the last two elections.

Obama captured more than 50 percent of 18-to-29-year-olds. “Together, we are a force to be reckoned with,” Ymalay said, turning to his AAPI colleagues. “Elections matter and turnout can make a difference. We need to re-energize our community once again moving forward.”

In gearing up for the presidential elections, KAYA has been holding educational forums and leadership workshops. At a National Town Hall in October, KAYA featured Filipino American elected officials and activists to address the problem of voter turnout and community representation in the highest levels of government.

“Our community has a lot of unrealized potential,” Etcubanez points out. “We can translate our growing numbers into political influence. Obama activated a lot of young people. Now we need to activate our parents. Politics is the provenance not only of the privileged and the wealthy. If we don’t participate, we’re only letting somebody else decide for us.” 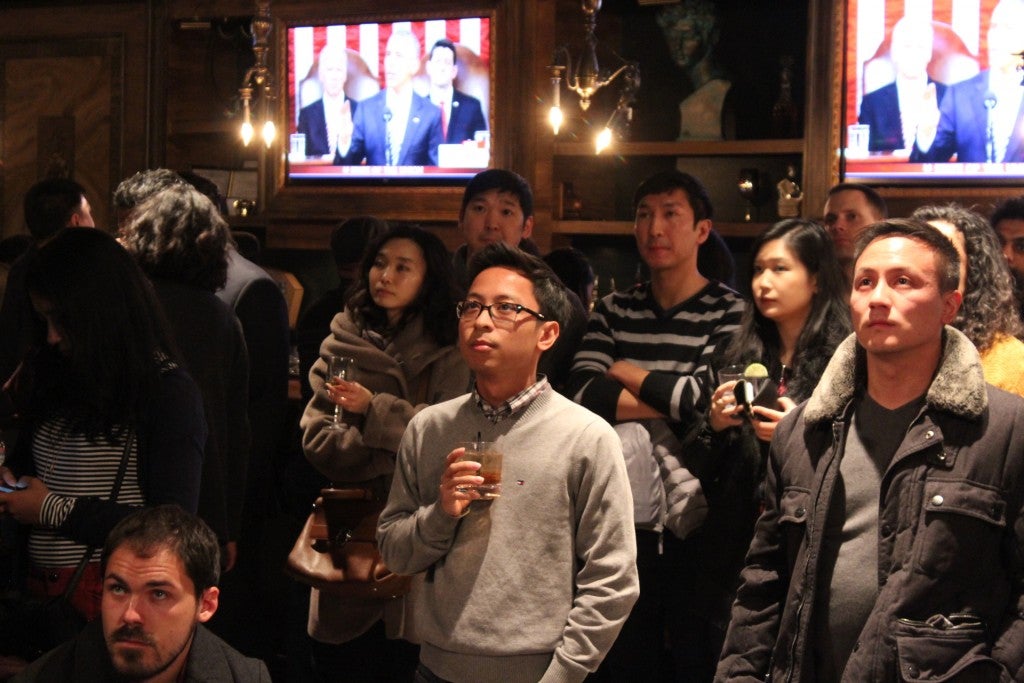 His eyes glued to a TV screen, KAYA board member Emil Trinidad (center) says Obama’s speech gave him a sense of pride as a Filipino American.

But, she adds, “We also need to look beyond our self-interests and see what it means for the larger community. Comprehensive immigration reform, for instance, is just as much our issue because of a broken system that delays families from reuniting with their loved ones. We have a stake in the conversation.”

Weighing in on Obama’s legacy were other Filipino Americans who watched Obama’s final State of the Union speech in their own homes.

Malou Cadacio of Bethesda, Maryland, is a public school teacher and mother of two teenagers. “I was glued to the TV, applauding Obama’s consistent focus on working families, and how altogether we embrace change without fear, but rather with hope, strength, vision and compassion,” she says. “I am particularly hoping our fellow Filipinos back home will also ponder this message as they prepare for their own presidential elections in May.”

Naomi Tacuyan Underwood, former AAPI outreach director for the Democratic National Committee for the 2010 midterm and 2012 reelection, cites the Affordable Care Act, LGBT rights and executive actions on immigration relief, such as DACA, as “heartening and encouraging” achievements.

“But it is also very bittersweet that he faced increasing racism, resistance, and hostility from Republicans while doing so. Major policy goals like comprehensive immigration reform have yet to pass, people still insist climate change is fiction, and voting rights remain under attack.”

Underwood was among the founders of Filipinos for Obama, who worked in the trenches during the primaries and general election. “For me personally, his campaign will always hold a special place in my heart. I grew so much, both personally and professionally,” she recalls. “I made good friends from the campaign, learned some hard lessons, and picked up new skills– like driving a 16-seater van and turning a parking lot in Las Vegas’ Chinatown into a rally site!”

Among the fortunate ones invited to personally witness the president’s final address in the House Chamber was Irene Bueno, former special assistant in the Clinton White House. “President’s Obama’s legacy is that the promise of America is alive and well for those willing to work hard; love your family and neighbors; and treat everyone with respect and fairness and have faith in the ideas of America even during the most difficult times,” she said. 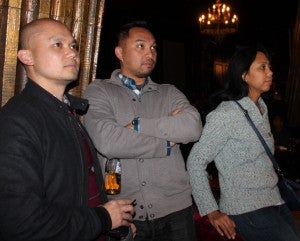 Although Obama has only a few months left in office, Bueno expects the President to continue working hard for issues he cares about. “I’d like very much to see his executive orders and administrative actions implemented, such as granting parole for Filipino veterans family members, which he announced last July,” says Bueno. “I know he cares a lot about our Filipino World War II Veterans and their families.”

To Cadacio, it’s the steady improvement of the economy that should command the President’s attention and cement his legacy. “It’s futile to debate with elite Republicans, so he should just do what is good for our country,” she says.

“Let’s continue to coalesce around President Obama and support him in his last year,” asserts Underwood. “I also hope we can come together again to elect Hillary Clinton as President, so she can continue to fight for communities like ours, in the same way President Obama has.”