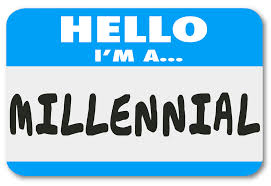 LOS ANGELES–Millennials, who constitute one-third of America’s population, hold a less favorable view of news media and religion compared with older generations, according to a Pew Research Center survey.

The report, published Monday, January 4, also indicates that the younger generation tends to have a more positive perspective when it comes to labor unions, large corporations, small businesses and big financial institutions compared with their elders.

In the same time frame, the percentage of millennials who said national news media have positive impacts on America dropped from 40 to 27. 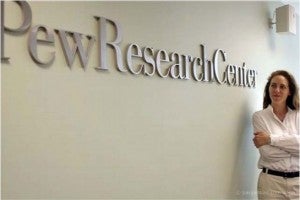 Among Generation Xers and Boomers, 62 and 67 percent, respectively viewed churches and religious organizations positively; while 26 percent of both older generations indicated a positive view of news media.

Despite their less favorable views, millennials showed a 10 percent increase in positive response toward banks and large corporations, an 8 percent rise in positive views toward labor unions and were 15 percent more favorable toward small businesses from 2010 to 2015. Their shifting perspective mirrors that of their elders.

Generational differences were more apparent when it came to colleges and universities. Seventy-three percent of millennials say the post-secondary institutions have a positive impact, compared with the 64 percent of Generation Xers, 59 percent of Boomers and 51 percent of Silents that agreed.

As for technology companies, 77 percent of millennials, 73 percent of Xers and 70 percent of Boomers said they had a positive effect on the United States.