The Donald Trump presidential campaign acts like a heat-seeking missile looking to explode anything that will get its guy –The Donald– on the news.

At least when it comes to hair.

And definitely when it comes to understanding media.

They both know how to manipulate those nattering nabobs in the media.

Kim, who turned 33 on January 8, thought it would be a good idea nearly one year after the Sony hacking anniversary to let everyone know he’s not some guy who wears short pants.

Boasting about having a thermonuclear weapon, a hydrogen bomb?

Well, there are not many things that would get you straight to the top of anyone’s “trending” list. But that would be one of them.

But the U.S. was quick to make size an issue.

And the footprint of the N. Korean test seemed to be kind of puny.

Even in testing mode, a hydrogen bomb is powered by nuclear fusion. When atoms fuse together, it’s like a two-step process. A bang scrambles the atoms, followed by a bigger bang when the atoms recombine.

A mere atomic bomb that relies on fission that splits the atoms and gives one explosive release might give you 10 kilotons. 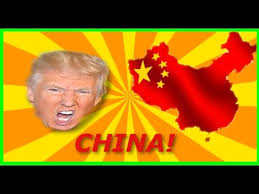 The U.S. says the test just looked a lot less than an H-bomb. More like the smaller variety.

A test of an H-bomb is so much more significant and would put North Korea in the big leagues.

Like going from the Sacramento River Cats to the San Francisco Giants, Kim would join the U.S., Russia, Britain, France and China league.

A big deal. The fusion club.

Right now, the atomic fission club includes Israel, India, and Pakistan at the second level. North Korea is at the bottom of that list.

But after last week, and Kim’s claim, who knows for sure. Hoax? Harbinger?

Whatever, it was one heck of a birthday candle for Kim to ride into his 33rd natal year.

So what would an America led by a President Trump do?

CNN’s Wolf Blitzer, who knows a thing about making news asked the blunt question: “Would you consider a pre-emptive strike to destroy North Korea’s nuclear capability?”

Trump who never pauses or seems stumped to think for even a second plowed right in.

Trump: “No, because China has total control over them, and we have total control over China, if we had people who knew what they were doing, and we don’t, we have no leadership in this country. We have China because of trade. They’re sucking our money out of us. They’re taking our money like candy from a baby. And China can come out and, frankly, they will say they don’t have that much control over North Korea, (but) they have total control. Because without China they wouldn’t be able to eat. So China has to get involved. The Chinese should solve that problem and we should put pressure on China to solve the problem.”

He’s thinking like a business man. Sounds appealing but business is about profit. Not about governing or international diplomacy.

And then Trump continued displaying his ignorance on South Korea saying it doesn’t pay the U.S. to defend it.

“South Korea is a money machine,” Trump said. “They pay us peanuts.”

“They can handle it so easily,” said Trump. “Now they don’t say that…they’re taunting us, okay? They’re playing games with us. I do it all the time, that’s the way I deal in business. They’re playing games with us. China should solve that problem, and if they don’t solve that problem, we should be very tough on them with trade, meaning start charging them tax, or start cutting them off. You’d have China collapse in about two minutes. We have great power over China we just don’t know how to use it.”

That’s pretty blunt from someone who wants to be president.

And wouldn’t that make you all feel safe in the Philippines?

Meanwhile, Trump slipped in a dig about the Spratlys when it comes to building a wall along the Mexican border with the U.S.

First, he wants the Mexicans to pay. Then he said he doesn’t understand how an environmental impact statement has held up plans to build a wall, in spite of what he said was some military need.

It gave him the opportunity to leap back to Asia and China and the Spratlys.

“In the South China Sea, China is building islands,” said Trump to CNN. “Massive islands that are being military bases. They’re taking out and dredging the sea, dredging the ocean…”

The point was countries do what countries must. So on China, he criticizes them for not taking the lead on North Korea.

But then he turns around and praises China for being so proactively imperial on the dredging of the sea, as if it’s some great example of what a country can do. Go in build an island—even though ownership of the territory is in dispute by the Philippines and a number of other countries.

Maybe the Donald didn’t get that cheat sheet yet.

The scary specter of a Trump presidency is upon us.

Maybe that’s why a number of American Filipinos, among the few who have the Spratlys and China on their radar were on a bus recently to support Hillary Clinton’s outreach to Filipinos and Asian Americans in California.

The more Trump talks, he comes closer to Kim in turns of his media games.

It’s enough to take note and consider the consequences.

Emil Guillermo is an award-winning journalist and commentator who writes from Northern California.