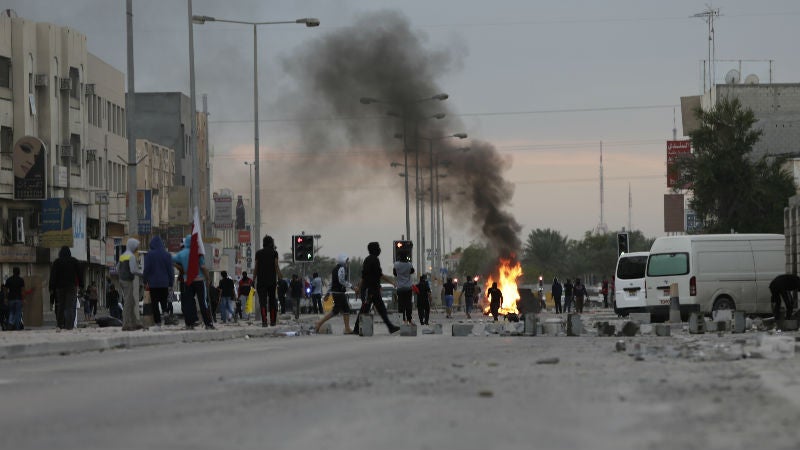 THE ESCALATING tension between Iran and Saudi Arabia over the Saudi execution of a Shiite cleric is becoming a cause for concern for the 2.2 million Filipinos working in the volatile Middle East.

“The recent development in the Middle East is worrisome for our over a million OFWs (overseas Filipino workers). We have to prepare for any contingencies,” Foreign Undersecretary Rafael Seguis, a former ambassador to Saudi Arabia, said in a text message.

President Aquino is set to hold a meeting today at 2 p.m. with key Cabinet and other government officials to discuss the Middle East crisis, a Palace advisory said.

The geopolitical conflict has spread, with two Sunni-led countries— Bahrain and Sudan—severing diplomatic ties with Iran.

Another ally of Saudi Arabia, the United Arab Emirates, said it was “downgrading” its diplomatic relations with Iran with the recall of its ambassador from Tehran. Kuwait has also recalled its ambassador to Iran.

“Emotions on both sides are very high at this time… I prefer to keep my opinion to myself in the meantime,” Seguis said.

More than 800,000 Filipinos are working in Saudi Arabia and 4,000 in Iran, according to records of the Department of Foreign Affairs (DFA).

An estimated 2.2 million OFWs are working in the entire Middle East, according to the authorities.

“They should focus on their work and their responsibilities and remain as the country’s best ambassadors of goodwill. Do not get involved in anything that is political in nature,” Ople said.

But the OFWs should also be concerned about the political situation in the country.

“They should be conscious of what is going on and keep in touch with respective Philippine embassies and consulates,” Ople said.

While the responses from Iran and Saudi Arabia are confined to the cutting of diplomatic ties, the situation remains worrisome for the Filipinos and foreign workers in the Middle East.

“We need to monitor the developments aside from any possible consequences or repercussions not only on the Filipinos but also on other foreign workers,” Ople said.

Malacañang said the Philippine government was ready to undertake necessary measures to ensure the safety of Filipinos living and working in Saudi Arabia and in Iran.

Presidential Communications Secretary Herminio Coloma Jr. noted that the government had emergency procedures in place, based on alert levels, which were implemented when Filipinos were repatriated from Egypt and Libya last year.

“We can assure you that we are preparing [for any eventuality] and we have enough resources to respond to any kind of emergency,” Coloma said.

Assistant Secretary Charles Jose, the DFA spokesperson, said so far there was no indication of danger for Filipinos based in Iran and Saudi Arabia.

“Nevertheless, our embassies and consulates are ready to extend assistance to the OFWs and use the government resources to ensure their safety,” Jose said.

He said the government had demonstrated in recent years its capability to repatriate distressed OFWs from conflict-stricken areas in North Africa and the Middle East countries, such as Libya, Syria, Iraq and Yemen.

So far, the Philippine government has no plan to raise an alert level and impose travel and deployment bans in Saudi Arabia and Iran, Jose said.

Amid the rising tensions between Saudi Arabia and Iran, the OFWs are apprehensive but vigilant, according to the migrant rights group, Migrante, in Saudi Arabia.

“Sentiments of most of the OFWs in the kingdom: apprehensive but vigilant due to the perceived volatile political rift between the Saudi government and Iran,” said John Leonard Monterona, coordinator of Migrante-Middle East.

Monterona said so far there were no huge demonstrations inside the kingdom that would undermine its internal peace and order situation.

“If there are demonstrations those were outside Saudi Arabia,” said Monterona, who is based in Riyadh, the Saudi capital.

Coloma assured the public that the government was also prepared to deal with any increase in crude oil prices through its renewable fuels program.

“It is our view that in the long term, we have to scale back on our dependence on imported oil and this includes an overall strategy to reduce greenhouse gas [emissions], the lessened use of fossil fuels. All these measures are taken into consideration in looking at the situation in the Middle East,” he said.

Should Filipino workers lose their jobs in the Middle East as a result of the tensions in the region, Coloma said the Aquino administration had several employment alternatives to those who might be forced to return to the Philippines.